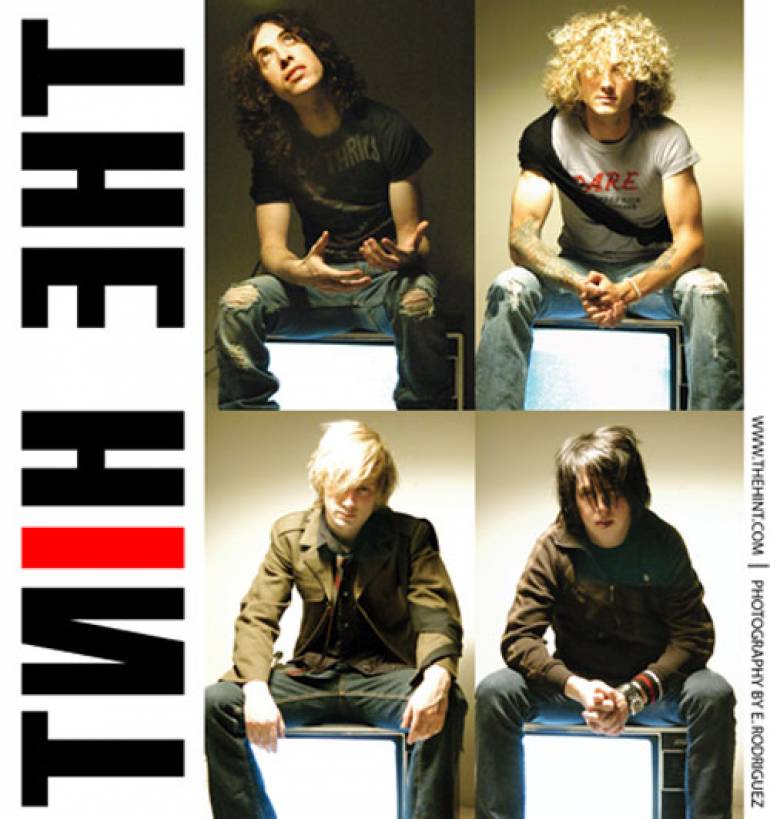 The Hint is an independent rock band from Washington, D.C., and Baltimore. Listen online for new singles regularly, including “Kiss Kiss” produced by Sal Villanueva (Thursday, Taking Back Sunday) and new self-produced songs. The Hint is touring the U.S. and U.K. (first time abroad!) in 2006, including a BMI showcase at SXSW.

“A seemingly hidden treasure in the D.C. music scene, The Hint offers indie rock at its best. The Hint is an amazing band nestled among one of the largest and most diverse music scenes in the country. They stand out because they’re doing something different than everyone else and they’re doing it better. With creative and persistent self promotion, a flare for the dramatic, and tunes polished to a T, they’re making sure you know who they are: a band that loves to create and play music that reflects the four different personalities and influences of the members. The band has since released only demos and EP’s [singles], They’re damn good demos and EP’s, but if you’re wondering why there hasn’t yet been a full album, the band explains it best, “This is our time to sort of find that album and when we do, we’re going to record it”.

If you are lucky enough to catch their live show, you will experience a great amount of inventive songwriting that would provide a foundation for a remarkable album. For now, there’s a fine example of their raw talent in the songs posted on their Purevolume page. The songs there display catchy and melodic dance tunes, a few acoustic songs with deep, sultry vocals, and a sample of their retired material. With their latest EP produced by Sal Villaneuva of Thursday and Taking Back Sunday fame, The Hint is determined to find the right sound and the right producer to introduce an incredible album that will not only impress the fans, but themselves as well.”

SOURCEMusicWorld TAGS Rock Musicworld On The Scene Artists The Hint