Posted in MusicWorld on October 29, 2009 by Bruce Britt 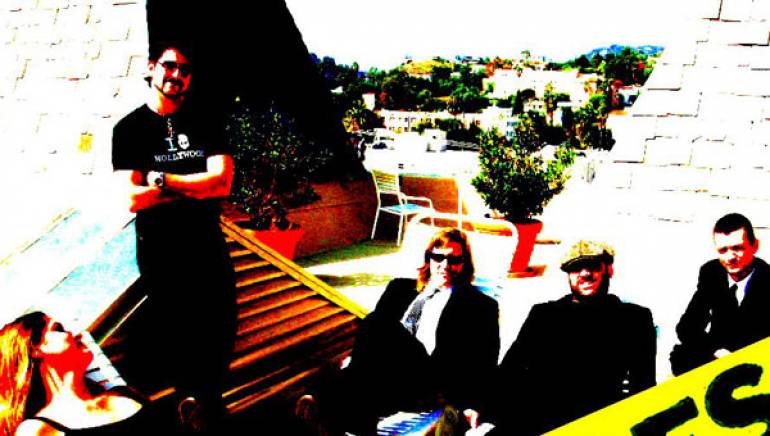 As their woebegone name would hint, the Dirges perform bittersweet, beer-hoisting original tunes that evoke their Irish-American roots. But as singer/songwriter Fran DeAngelo explains, there is more to the Dirges’ name than meets the ear.

When DeAngelo and cohort “Tall Pete” Mathus first teamed back in 2001, they composed a pair of tunes entitled “Stuytown” and “Hattie Street”—songs inspired by the untimely deaths of mutual friends, including a buddy who died in the 9/11 attacks. When it came time for the duo to name their musical enterprise, DeAngelo and Mathus settled on a moniker that, like those two songs, would pay tribute to friends tragically lost.

“I came up with the name the Dirges, which is basically a funeral hymn,” DeAngelo says. “It keeps me (inspired). It reminds me what we’re doing all this for.”

DeAngelo, who was raised in Schenectady, NY and currently lives in Los Angeles, says he enjoys writing about his surroundings. “I romanticize the image of the middle class kid living in Los Angeles. You know—drinking in bars, getting in fights, the tall fish that got away. But in between those songs are the true dirges.”

Within that scene, the Dirges appear to be emerging as stars. The band recently recorded songs for the upcoming film, Boondock Saints II: All Saints Day. The feature-length flick, a sequel to the 1999 indie cult favorite, hits theaters Friday, October 30.

“It’s a movie about these Irish hooligans starting trouble around town in the name of their father,” DeAngelo says with a laugh. “It’s the perfect movie for us.”