Posted in MusicWorld on August 2, 2007 by Kevin Zimmerman 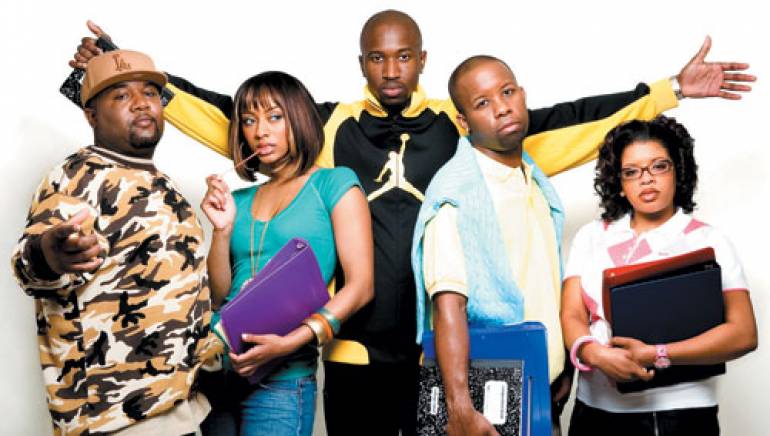 Songwriting/production teams that become household names are far and few between: For every Neptunes or The Matrix there are dozens of monikers buried somewhere in an album’s credits, never to be heard from again.

But it seems more than likely that we’ll soon be adding Atlanta-based outfit The Clutch to that roster. Name-checked by Ciara in her hit “Like a Boy,” the five-member team — Candice Nelson, Keri Hilson, j.Que, Ezekiel Lewis, and Balewa Muhammad — has also collaborated on such well-received tunes as Mary J. Blige’s “Take Me As I Am,” Omarion’s “Ice Box” and Bobby Valentino’s “Anonymous.”

Such a wide range of genres requires that songwriting inspiration come in a variety of ways, according to Nelson, who also maintains a singing career. “Sometimes I’m inspired by something I saw or heard, and other times I try and think of things an artist might want to say prior to going in to lay down ideas. I’m inspired by people. Knowing where they’ve been, how they got where they are, where they would like to be.”

She deflects questions on how the five came together — The Clutch’s origins are, to say the least, somewhat mysterious at this point — but declares, “I can say that this is the best group of people I’ve had the opportunity to work with. I mean, I’ve met some amazing individuals, but the collective of The Clutch? Out of this world. Really, truly beautiful, talented people. I’m so glad we met.”

The Clutch’s future projects include Usher, Jennifer Hudson, the reconstituted Menudo and Hilson’s own album. Those undertakings, Nelson says, “should be a pleasant surprise for the world. Well, at least those who know and care about what we bring to entertainment. I’ll say I anticipate an increase in the number of Clutch fans out there.”