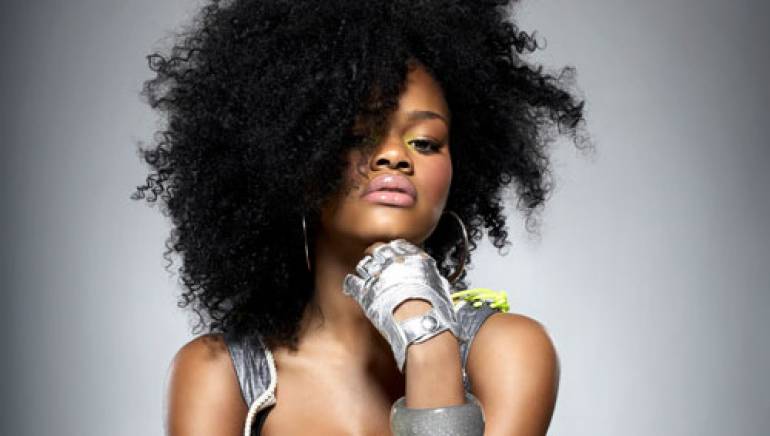 If there’s a picture-perfect mold of what a young “skater chick” should look like, then it is Teyana Taylor. With a fitted cap normally topped over her jet-black band of curly hair, baggy jeans with a slight sag and multi-colored tennis shoes, the 17-year-old brings to the table the confidence and talent a rapper and singer needs to convey through their music.

But before then, Teyana was enrolled in variety of talent competitions such as the National All-Stars Talent Search and the Apollo, helping build her status, which led her to work with a few prominent entertainers.

Teyana assisted with the choreography for Beyonce’s Ring The Alarm video and the singer’s VMA 2006 performance; she also taught the r&b diva how to do the viral Chicken Noodle Soup dance.

The petite artist went on to audition at New York’s Four Seasons Hotel for super-producer Pharrell Williams, who signed Teyana to his Star Trek record label. The two clicked after both noticed they were wearing the same pair of red-and-pink Ice Cream sneakers.

1n 2008, Teyana will release her debut album, From a Planet Called Harlem, where she shows off her full-fledged talents, formulating catchy hooks, singing vocals and rap lyrical sense. Her first single, “Google Me,” is currently climbing the charts.