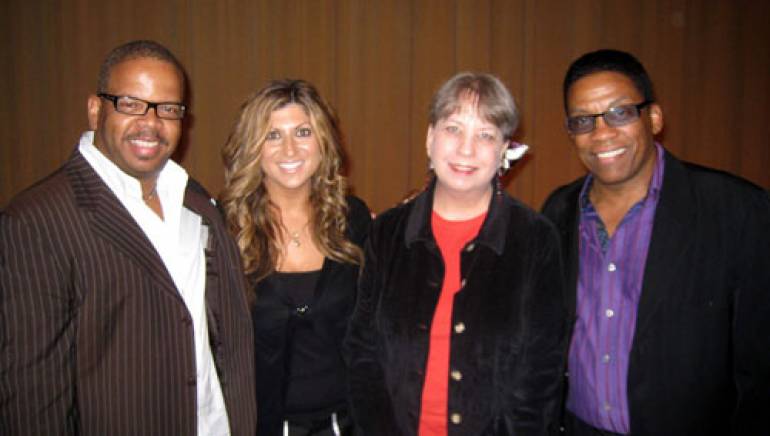 BMI and The Society of Composers and Lyricists (The SCL) hosted a screening on behalf of BMI composer Terence Blanchard for his score for the Spike Lee film Miracle at St Anna. BMI composer Herbie Hancock moderated a Q&A with Blanchard following the screening for fellow composers, songwriters, lyricists and industry guests.

The film debuted at the Toronto International Film Festival on September 7 and opens commercially September 26. Miracle at St. Anna marks Blanchard’s twelfth collaboration with Lee. Blanchard’s original epic score features over 140 minutes of music and was recorded at Sony Studios in Los Angeles with a 98-piece orchestra, including members of Terence Blanchard’s band.

Miracle at St. Anna is based on James Mcbride’s critically acclaimed New York Times bestseller and World War II novel. With a cast that includes Michael Ealy, John Turturro, John Leguizamo, and Walton Scoggins, Miracle at St. Anna depicts the lives of four African-American soldiers fighting in World War II (1944). The film follows the 92nd Buffalo Soldier Division trapped behind enemy lines and separated from their unit in a small Italian village after one of them risks his life to save an Italian boy. What happens within the confines of the town, and the incredible passion with which these soldiers live out their daily lives is nothing less than physically and emotionally extraordinary.