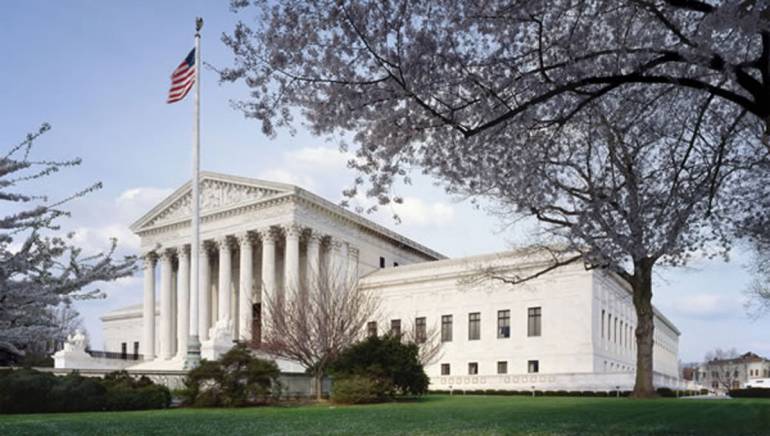 A January 18 ruling by the U.S. Supreme Court upholding a federal law that essentially pulls some works in the public domain back into copyright protection is winning applause from the creative community.

The case, Golan vs. Holder, revolved around a 1994 law that applied largely to works first published abroad from 1923 to 1989 that had earlier not been eligible for copyright protection under U.S. law. The Court ruled 6-2 to uphold the law (Justice Elena Kagan abstaining), rejecting arguments based on the First Amendment and the Constitution’s copyright clause, saying that the public domain was not “a category of constitutional significance” and that copyright protections might be expanded even if they did not create incentives for new works to be created.

The case basically can be traced back to 1989; though that was when the U.S joined the Berne Convention, it elected not to enforce Berne’s Article 18, which required member countries to treat other nations’ creators as they treat their own when it comes to copyright protection. The Agreement on Trade-Related Aspects of Intellectual Property Rights, signed in 1994, mandated Article 18’s implementation, resulting in the U.S. basically admitting that some works had been erroneously treated as public-domain works, including symphonies by Sergei Prokofiev and Igor Stravinsky, films by Alfred Hitchcock, paintings by Pablo Picasso, and books by C.S. Lewis.

The challenge to the statute came from the likes of orchestra conductors, teachers and film archivists who maintained they had long relied on the free availability of such works for their livelihood.

“We certainly do welcome that the ruling was upheld,” says Benom Plumb, manager, licensing and administration at Nashville music publisher Bluewater Music Services Corp. “In a time where intellectual property laws and principles throughout the world have come under scrutiny and question, it’s of paramount importance that our laws in the U.S. remain consistent.”

Had the law been overturned, he says, “It would have sent the wrong message. The United States has historically been the ‘black sheep’ when it comes to falling in line with the rest of the world on intellectual property law, and in some cases, we are still behind the rest of the world. The immediate bearing is that we are sending a message to the public at large, that the U.S. is in agreement with our partners and friends throughout the IP world community. To have done otherwise would have been a few steps backwards.”

“This benefits creators, publishers and copyright owners everywhere,” entertainment attorney Tamera Bennett affirms. “This is a strong message that the U.S. is sending, that we protect intellectual property and copyrighted material.”

As for potential negative effects, as noted in Justice Stephen Breyer’s opinion, wherein he wrote that “The statute … does not encourage anyone to produce a single new work,” Bennett disagrees.

“Having worked with a lot of songwriters and authors, I can say, yes the would like to make a living by being creative. But at the end of the day they will be creative because that’s who they are.”

“Justice Breyer’s dissenting opinion is short-sighted in my view,” adds Plumb. “Leaving these works unprotected deprived the creators and their heirs their right to be compensated and make a living for their work — probably a very decent amount given their uses in the United States.

“Every creator derives their inspiration from previous works,” he continues. “If we set a precedent by removing such protections, it would certainly discourage others to produce new works — because a government may just reverse their laws and remove your rights years down the road. To show consistency sends a message years -— perhaps generations — into the future.”