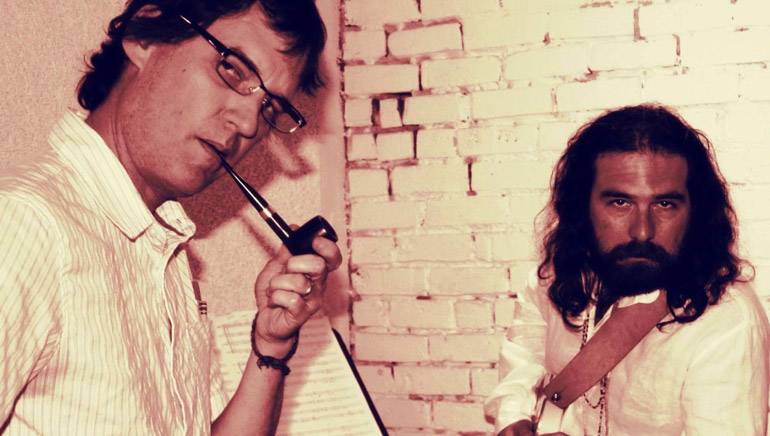 Emmy-nominated composers John Nau and Andrew Feltenstein, who have films such as Anchorman 2: The Legend Continues and Spoils of Babylon to their credit, work their musical magic in a studio hidden away in Venice, CA, in a space that once belonged to Joni Mitchell. Both come from a performance background: Nau was the pianist for the multi-platinum recording artists Hootie and The Blowfish and Feltenstein played and studied jazz. Together they compose and produce music for film, television and commercials, including a project for BudTV – a series of short films and sketches for Budweiser – that led to them working with Matt Piedmont, an Emmy Award-winning writer for Saturday Night Live and writer for the popular website Funny or Die. Piedmont enlisted the duo to compose for his web series The Carpet Brothers, starring SNL alums David Spade and Tim Meadows, and Brick Novax’s Diary, a winner of a Jury Prize in Short Filmmaking at the 2011 Sundance Film Festival. Nau and Feltenstein’s film and TV credits also include Better Living Through Chemistry, starring Olivia Wilde and Sam Rockwell, the Lauren Greenfield film Kids and Money, the Big Love Christmas Album and Bachelorette for director Leslye Headland. The pair have also written and produced the new album for Capitol Recordings artist, NY-rapper Crown.