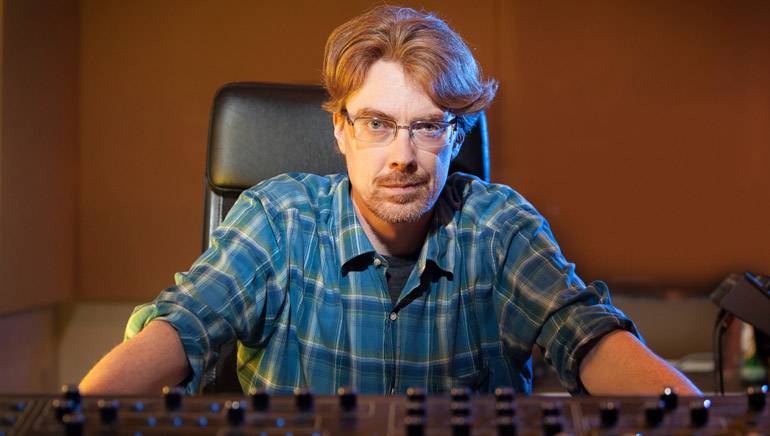 When composer Jesper Kyd receives the 2018 Nile Rodgers Global Creators Award at Canadian Music Week (May 7-13), he won’t just be getting an accolade from the esteemed conference, but cheers from Rodgers himself – a self-described fanboy long enamored with Kyd’s groundbreaking video game scores.

High praise from someone of Rodgers’ stature is rare but totally appropriate for Kyd, himself an innovator whose original soundtracks have earned him a BAFTA award (Hitman: Contracts), Billboard and MTV nominations and the undying adoration of millions of other fanboys around the world. As the wizard behind the scores for hit franchises including Assassin’s Creed, Hitman, Borderlands and more, the Danish musician pioneered blending orchestral and choral scores into video games. He’s continued to evolve and break new ground in the field, creating entirely new sounds and often marrying synths with operatic performances to continually challenge the limits of possibility.

From the moody electronica of Hitman: Contracts or the Norse mythology-inspired tribal sounds on Warhammer: Vermintide 2, Kyd’s decades of works represent the highest level a musician can unlock: the sweet spot between constant inspired experimentation and repeated commercial triumph. BMI caught up with Kyd ahead of his well-deserved honor.

What are you most looking forward to at Canadian Music Week? What does getting the Nile Rodgers Global Creators award mean to you?

It’s a huge honor to receive this award and be recognized for helping to push music for video games forward. I scored my first game when I was 17 and always worked towards creating something new and original for each of my scores. I am grateful to be able to compose music every day and throughout my career have experimented with more culturally diverse sounds than I could have ever dreamed of. So, thank you Nile Rodgers for supporting the art form of video game music with your soundtrack label and for releasing my music. And thanks to Canadian Music Week for putting this amazing event together.

How has your approach to creating scores evolved as video games have become more realistic and cinematic?

I have continued to write music for film and TV and that has influenced my music composition for games in new ways. Truly immersing myself with the character and story have always been essential to my approach and writing unique themes is a key focus for me (‘Ezio’s Family’ for Assassin’s Creed II, for example). But I now have several distinct approaches I pull from when scoring video games.

It can differ in many ways. For example, the whole movie / TV experience is designed to be like a ride in Disneyland. No matter how many times you go on the ride, it’s the same every time. Video games are the opposite of this. Each time it can be a different experience and you as the player can also decide to stay in certain areas of the game for hours. So, the music has to be extended in ways that allows for the maximum flexibility. If you are in a fight for two minutes, the music has to be 2 minutes long and able to loop. It’s also important that the music can rise or fall in intensity depending on the way the fight is progressing. And finally, it’s important what happens after the fight. So, this whole sequence of music could last 10 minutes, or more. But in a movie a fight sequence might be intertwined with another scene or car chase, etc. Film has a lot of additional sub context you need to consider, which I’ve developed more and more in my recent film collaborations such as Recyclewala Films’ upcoming dark fantasy thriller Tumbbad, set in British Colonial India (releasing worldwide and across theaters in India in the fall). This is my second major foreign feature, the first being the #1 Chinese 3D fantasy adventure, Chronicles of the Ghostly Tribe, directed by Lu Chuan.

Games require so much immersion into a fantasy world. How do you get yourself into an imaginary world in order to score for them – what’s your process like?

That’s exactly it, right there. I always work with immersion when working on a game score. There’s so much work put into creating the gameplay but I feel that the music can add a whole extra dimension if it’s scored and implemented well with deep music that connects to the player’s experience. I usually play the game I’m working on a lot to understand the flow of the gameplay and how I can bring elements of the story out in the score, even if this part of the story is not playable in the game.

As a gamer yourself, how do you know when you hear a good score?

All games try to be unique and set themselves apart from other titles. But when I feel the score accomplishes the same vision and it’s done very well, that’s when I know I am listening to a good score.

You’ve worked on several blockbuster franchises including Borderlands, Hitman, and Assassin’s Creed. What’s the key to keeping continuity through a series?

Once you reach something of a foundational quality with a real sense of depth, it becomes part of the DNA of the project. So, for me it’s about going as deep and non-traditional as possible to create something truly unique and memorable. It’s easy to put too much focus on just the production quality of the music since it will always sound great that way. But what’s really in there when you listen carefully? Does it have the backbone to be able to work as a theme once all the production has been stripped away? Does the theme lend itself towards many types of arrangements and remixes? That’s what I listen for. If the score sounds like it could only work for that one project, that’s when I know it’s good. If the music sounds like it could fit another fantasy or horror game, then I feel it hasn’t gone far enough to really establish itself as a unique mood for the project. The best scores, in my opinion, are those which have an original, definitive sound that will always remind you exclusively of that game and that world.

What’s your secret to creating such distinctly unique scores across so many different properties?

I think it’s part of my DNA to constantly evolve my sound, since I started out writing music in an experimental visual arts scene, that being the European Demoscene. I feel that’s where I forged my foundation for experimenting with different music styles, so it’s in my DNA to explore new sounds. Since I started creating music professionally at quite a young age, I pretty much grew up in the music and games industry and am self-taught so my music is constantly evolving.

You’re also known for weaving new sounds that you’ve invented into your work. What are some of your favorite sounds that you’ve created, can you describe them and tell us what the process of creating a sound that’s never been heard before is like?

Sure, I love creating original sounds and establishing a unique atmosphere for each project. On my latest game score for Warhammer: Vermintide 2, set in Games Workshop’s alternative medieval fantasy universe, we ran my CS80 Hardware synth into the Eurorack as well as a Roland SH synth through the CS80 filters. This created a unique brass-sounding feel that’s really dark and disturbing. In State of Decay 2, out later this month, the story is set in the heart of rural, small town America during a zombie apocalypse. But time has forgotten this place where broken pieces of old cars and rusting farm vehicles have fallen by the wayside in a wide-open landscape. The focus is on the actual decay of the live instruments so I recorded broken instruments running through old hi-fi sounding effects, including the BX20 spring Reverb tower, which is a big reverb tower from the 1960s. I also created new sounds from the first electronic reverb, the Lexington 224x. It was a blast combining these different sources to give State of Decay 2 its own authentic, original sound.