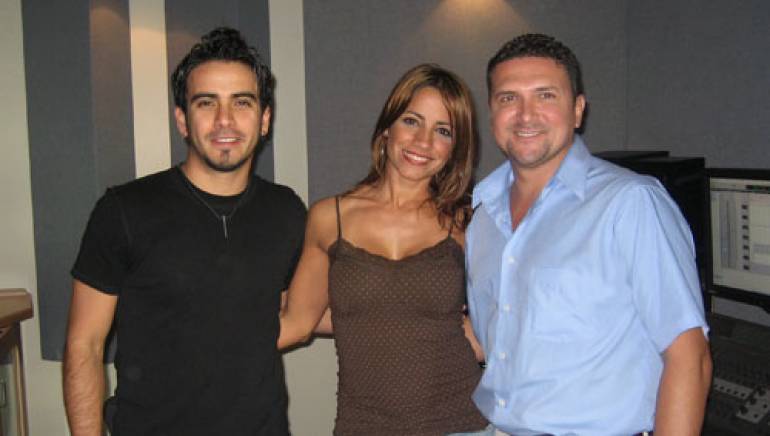 Shown in the studio are (l-r): Alicastro, Melina León, and BMI’s Jake Cavazos.

Her 1997 debut, Mujeres Liberadas, was followed by 1998’s Con Los Pies Sobre La Tierra, which led her to ascend the Puerto Rican charts with “Me Voy De Fiesta,” and unveil her first composition, “Te Amo.” After issuing Baño de Luna, the singer was awarded Best Female Merengue Record by Premios Tu Musica in 2000. By 2003, she was also performing as an actress in television movies such as Yo Creo en Santa Claus and has had several successful albums and singles on the Billboard Tropical and Latin charts.