Posted in MusicWorld on September 15, 2011 by James Wells 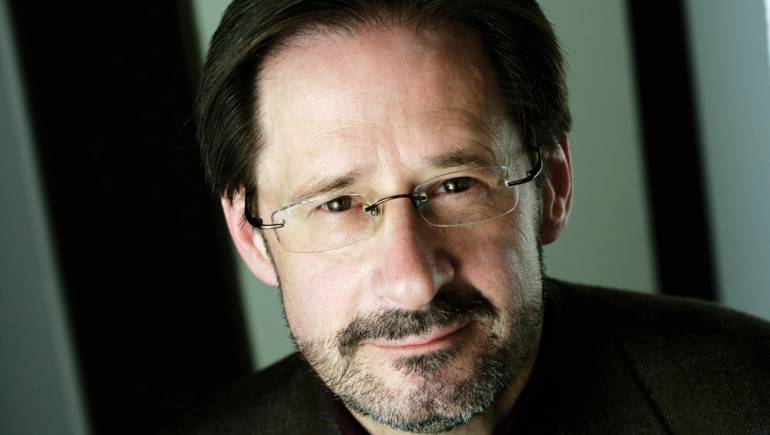 A towering figure in contemporary classical music, Steven Stucky lays claim to a career that covers an expanse so wide, a terrain so varied, that not even the most advanced panoramic lens can survey it in one sweep. Having composed dozens of acclaimed symphonies and other works, including his 2005 Pulitzer Prize winning Second Concerto for Orchestra, Stucky served for twenty years as composer in residence for the L.A. Philharmonic.

After fifty years of writing, Stucky is aggressively staking new territories for his demesne. His latest venture brings him to the Pittsburgh Symphony Orchestra as Composer of the Year. This role offers what he calls “the very rewarding work” mentoring high school and college students. Additionally, the symphony will feature his previous works (Dreamwaltzes, Radical Light, and Son et lumière) and a newly commissioned piece celebrating the fiftieth anniversary of (and named-for) “Pittsburgh’s favorite daughter” Rachel Carson’s landmark work Silent Spring.

Silent Spring consists, appropriately enough, of a series of “landscapes,” each inspired by a section of her classic work on ecology. For Stucky, a landscape is a “tone poem—even though we don’t use that expression any more”—designed to give hearers “a sense of having gone on a journey and having seen various scenes.” Although Stucky jokingly promises that there are “no dead birds” in the work, he does anticipate “some horrifically beautiful stuff in the piece.” The four movements –“The Sea around Us,” “Lost Wood,” “Embers of Death” and “Silent Spring”—take their names from Carson’s work. The last of these presents “the place where the landscape gradually vanishes until the piece extinguishes itself.”

An unlikely mogul, Stucky has built more of a national park than gated compound, and he is always concerned about how to bring audiences along with him. In part, this generosity is dispositional: “I really never was an experimental composer. I think quite a lot about connections to Debussy, Ravel and Stravinsky. And lately more and more Sibelius also. The sense of the continuous journey that goes surprising places, that’s a very Sibelius thing.”

Stucky believes this “nourishing relationship” with his forefathers probably helps him with his audience: “I more or less like the same pieces they do.” Thus, for Stucky, tradition is liberating rather than confining: “I don’t think of it as being limiting or too conservative.” Why Stucky doesn’t feel confined is easy to understand; his work’s too large to fence in.