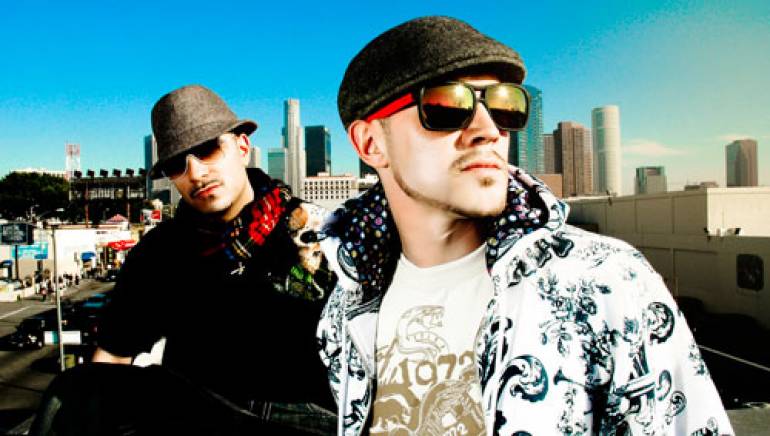 Steelo is the perfect balance of hip-hop and r&b. A.Uno and Bobby K. blend pure r&b, slick rhymes and progressive beats to create a sound that is outright undeniable. Lyricist A.Uno brings thought-provoking rhymes and a smooth delivery, captivating audiences in English, Spanish, and Farsi. Bobby K is simply known as “the voice.” This singer/songwriter’s melodies and harmonies come to life through his charismatic performances and exquisite vocal range. Together, they are dynamic and creating a sound that can only be called Steelo.

The duo’s new single, “Make Up My Mind,” is a bouncy club track with searing r&b vocals and a party feel. It was released to radio summer of 2008 and was the #2 added record on college radio its first week, second only to NAS.

They released their debut single, “Let It Roll,” in June 2007. The smooth, feel-good, summer cruising track is produced by hit-maker Fingazz of Streetlight Music (Lean Like a Cholo, Summer Nights) and the freshman single was dubbed “a sure-fire summer hit” by Wild 96.1 in Riverside, California.

In addition to music, Steelo also conducts a student empowerment program, an in-school workshop that encourages students to realize aspirations, strategize a path to success and measure the results. Steelo reflects on their experience in the music industry as an example of achieving both personal and professional goals. They have appeared at many Seattle-area high schools, at the CASHE Conference at Washington State University and at the MEChA Conference at Western Washington University.