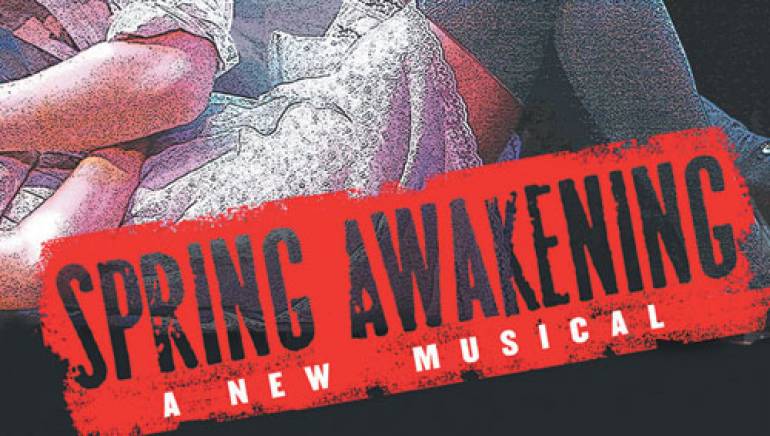 Last summer, the audience inside the off-Broadway Atlantic Theatre was riveted by Spring Awakening, the musical version of a play that had been banned in Germany over a hundred years ago. At the intermission, about four people were shocked and left — but those who stayed knew they were seeing a musical that was like no other, and was breaking the mold. Even though the setting was turn of the 19th Century, the passions and feelings of the young characters paralleled those of today’s teenagers. The actors may speak the words of the 1900s, but when they break into song, they sing in the music and language of today’s youth.

What makes the show even timelier is that some of the attitudes expressed by the puritanical adult characters are still prevalent in society today. The adolescent experience the young people go through in Spring Awakening is universal. Just how parents and authority figures react is the fiber of the explosive and emotionally charged musical play.

Last December, when the musical adaptation of the scandalous 1891 play opened on Broadway at the Eugene O’Neill Theatre, the critics were universal with their praise, both for the show and for BMI writers Duncan Sheik (music) and Steven Sater (book and lyrics). Christopher Isherwood of the The New York Times called Sheik and Sater’s score “ravishing” and declared that “Broadway would never be the same. The singing throughout is impassioned and affecting, giving powerful voice to the blend of melancholy and hope in the songs.”

And then, in June, Spring Awakening was the big winner at 2007 Tony Awards, taking home eight awards while dominating the musical theatre category. Sater and Sheik took home four of the awards, with Sater winning for Best Book of a Musical and Best Lyrics of an Original Score and Sheik winning for Best Music of an Original Score and Best Orchestrations. The show also won in the coveted Best Musical category. Other awards for the show went to John Gallagher Jr. for Best Featured Actor, Musical; Michael Mayer for Best Direction, Musical; Bill T. Jones for Best Choreography; and Kevin Adams for Best Lighting Design, Musical.