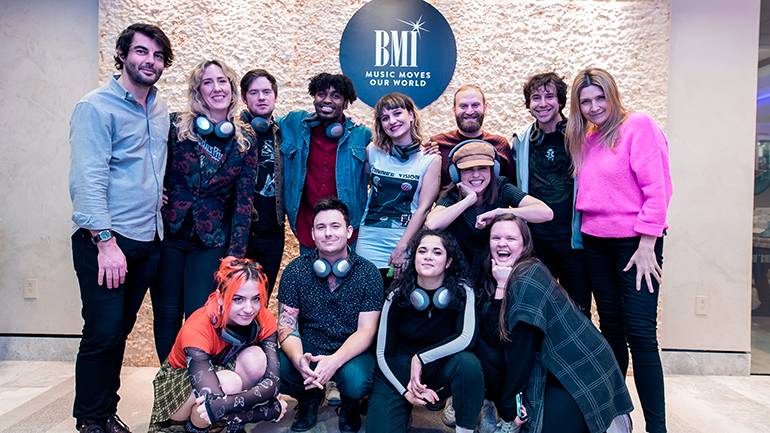 BMI first conceived of its in-demand initiative Speed Dating for Songwriters™ as an experiment in creative alchemy. While the initial spark between collaborators is a crucial ingredient to any musical endeavor, it can sometimes be an elusive, intangible element. By handpicking a select group of promising songwriters and bringing them together for writing sessions, BMI’s Creative executives hoped to tap into the ensuing creative energy, pairing individuals whose muses seemed most conducive to collaboration. Speed Dating originated in NYC as a way to foster a sense of community among local songwriters who may not otherwise have met and has since spread to Nashville, Los Angeles and London. For six years, now, this event has spawned several writing partnerships that have produced songs that have hit the charts. Veterans of this series include songwriters like Mike Campbell, FLETCHER, Brian Kierulf and current “Best New Artist” GRAMMY-nominee Maggie Rogers.

Just recently, BMI hosted another installment of Speed Dating for Songwriters in New York City, culling together up-and-coming talent from across the genre spectrum, including DAVIE, Chloe Lilac, Tyler James Bellinger, CKAY, Mike McAllister, Julie Hardy, Khaya Cohen, Dan Edinberg and Dominique Pecchio. BMI teamed up with Bowers & Wilkins for this special iteration of the program, gifting the nine participating writers a pair of Bowers & Wilkins PX7 headphones to listen to and critique each other’s music. The headphones served to enhance the listening experience by providing the songwriters with consistent clarity of sound. At the end of that session, BMI’s Creative team divided the participants into groups of three by songwriter, producer and artist, and assigned each group the task of writing a song.

In a few weeks’ time, BMI will reconvene these nine writers to share the music they’ve created using Bowers & Wilkins 705 S2 Standmount speakers with RA-1572 amplifiers. What stories, sounds and songs will come to light from these partnerships? Watch this space.