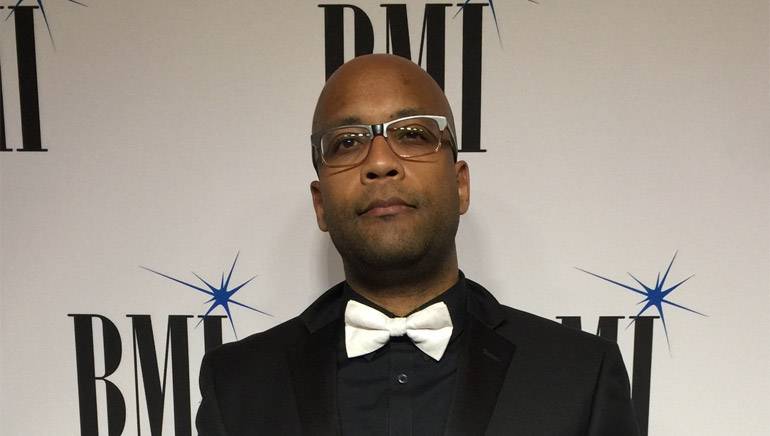 You’ve likely heard César Dávila-Irizarry’s work, whether you know it or not. A piece he recorded while in college at the University of Puerto Rico has become the center of the haunting theme song to the wildly popular series American Horror Story, which makes another season premiere on September 5. He’s also worked as a sound designer on an impressive number of more than 100 television shows.

Dávila-Irizarry was born and raised in San Juan, Puerto Rico, and studied music theory at the University of Puerto Rico before moving on to the School of the Art Institute of Chicago, where he received a degree in Fine Arts with Sound Art as his concentration. Since then, he has worked as an in-demand sound designer for film and television while also exploring visual arts and songwriting. The talented bilingual multi-instrumentalist – he plays bass, piano, guitar, synthesizer and electronic drums – describes his music as a mix of “mid-‘90s Bowie meets Puerto Rico’s Avant-Garde,” and he deftly incorporates escapism and futurism in his sound with social issues in the crux of his lyrics.

We talked to the five-time BMI Film/TV Music Award-winner about how visual art intersects with sonic art, what sound designers do, why he’s interested in moving towards songwriting and film music composition, and how David Bowie impacted that decision.

How did you get connected with the people behind American Horror Story? Did someone find your music and think it was a good fit, or did you actively reach out to them?

My connection to the people behind American Horror Story was through Gabriel J. Diaz, the video editor who cut the main titles of the show’s first season (Murder House). Gabriel and I have been friends since the late ‘90s, when we both studied at the University of Puerto Rico. I gave him a copy of the song back then. Fast forward to 2011, and Gabriel decides to use the song as the music to cut the main titles to. The producers loved it, and so an avant-garde Puerto Rican song composed in 1998 became the theme song of American Horror Story.

When the show’s producers contacted me, we found that there were some loudness details and some other technical things that had to be corrected for the song to be TV-ready. My work schedule was full during those weeks and I couldn’t postpone any projects; that’s when FX brought [Nine Inch Nails’] Charlie Clouser to work on the song.

How does visual art influence your songwriting process?

When a person looks at sound without the restrictions of 12 tones, the perspective on music and sounds becomes the same as when one looks at a painting. The element of unpredictability that happens in the world of art produces exciting and confrontational experiences that can feel fulfilling when they resonate with our private experiences. Some people’s medium is oil, mine is sound and, like a visual artist, I am skeptical of rules.

Can you share a little about your background in music?  Like many others, my music background starts in high school playing in garage bands with my outcast friends. Eventually, I played in rock bands at bars around the island. In the early 2000s, I studied a bit of music history and theory at the University of Puerto Rico. But I wanted to explore sound outside of music theory. That’s when a friend offered me his couch in Chicago so I could explore other options. It was then that I found the sound department of the School of The Art Institute of Chicago [SAIC].

While getting my Bachelor in Fine Arts from SAIC, I consumed a fair share of Chicago jazz and its aesthetics. In Chicago, I learned about non-mainstream music that reflected the gray areas that compose life. I learned that study is important, but when it’s time to make your artistic expression, rules are meant to be ripped into pieces and thrown to the wind.

The bass guitar is your primary instrument. How does this shape your compositions?

Playing bass made me aware of how a single frequency can be extremely powerful when played at the right moment.

Can you explain what a “sound designer” does?

A sound designer is a person that manipulates sound recordings with the purpose of presenting a highly seductive and impactful artistic expression. When it comes to TV and film, sound design involves the cleanup of dialogue recordings and the placement and sculpting of sound effects for both “real” and abstract purposes.

You’ve designed sounds for more than 100 TV shows, and over 1,000 episodes. What are some of the highlights? Any particular challenges you’d like to share?

When it comes to TV, the biggest highlight is American Horror Story’s theme song. It is both music and sound design in its own special way. Aside from that, when I was starting out as an assistant sound designer, the main sound designer for the first season of Wipe Out had an emergency to take care of. That’s when I was given the task of recreating many sound designs for the show’s graphic FX. Creating all of those water-based designs was a refreshing challenge, ha!

The music I make does not accompany my drawings. Visual art to me is something I’ve done on the side in private. I will eventually put together a show – just not yet.

When I make music inspired by someone else’s visual art, I see lines and shapes as sonic brush strokes and textures, and color as frequencies and harmonic structures. It is all very subjective.

You’ve expressed interest in moving away from TV/film sound design to music. Can you explain why you’re drawn to songwriting and film music composition?

After I finished my last gig designing sound for film, I started reflecting on who I am and my need for writing my own style of music. That led me to think a lot about David Bowie. The way Bowie decided to leave the world when life escaped him made an impact on me. I recognize I’m not a longtime fan like so many others. I am still learning about his vast career, but the more I dig in, the more I see he is the Marcel Duchamp of the music world. Someone who understood the emotional value of artistic expression. Someone who was clear on how the art experience is a relationship between the audience’s ever-changing prejudgments and the sensory input that both the real world and the art object throws at their senses.

I was already fascinated with Bowie’s fearless avant-garde work and how he told us we need to produce more art instead of consuming so much content. All this provoked in me a desire to express the many aesthetic and conceptual ideas I’ve put to the side for over a decade. I am the hybrid of sound design and music and noise and sonic representation.

Because I am Puerto Rican, history has also made me the hybrid of European, African, and Native American culture. Because I am an American citizen, I also carry American culture in me. My brain is rich with ideas I am sonically materializing now, and my sonic art objects are generating a lot of positive feedback.

Life is not infinite and I have a lot I need to make.