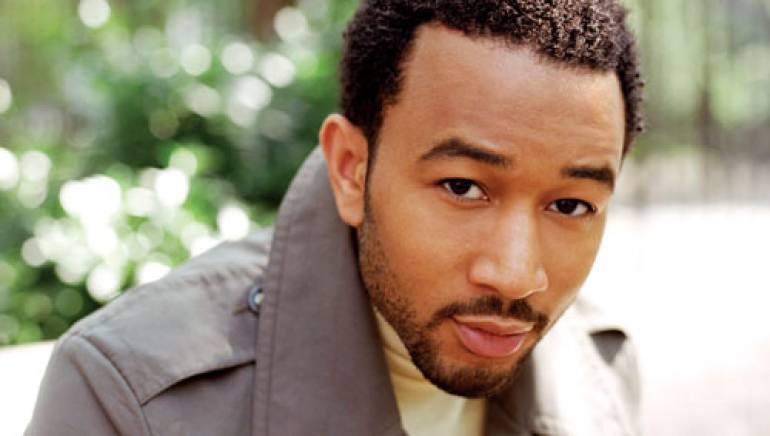 Hal David, Chairman/CEO of the Songwriters Hall of Fame, has announced that John Legend will be the recipient of the Hal David Starlight Award at the 2007 Awards dinner, slated for Thursday, June 7 at the Marriott Marquis Hotel.

The astounding success of John Legend comes as no surprise to the Songwriters Hall of Fame. In 2002, the Hall recognized the then-named John Stephens, awarding him with its Abe Olman Scholarship for Excellence in Songwriting as the BMI-sponsored artist that year. He had already been attracting attention in Philadelphia, where he was going to the University of Pennsylvania, making his own music and, eventually, playing and writing with such artists as Alicia Keys, Kanye West, Twista and Janet Jackson. West, a collaborator and friend since the two were introduced in 2001, became a John Legend champion, signing him in 2003 as the first artist to his G.O.O.D. Music, Columbia Records-distributed label.

In 2004, Legend stepped into the solo spotlight as a premier singer-songwriter-pianist-performer in his own right with his debut album Get Lifted. Driven in part by the hit singles “Ordinary People” and “Used To Love U,” Get Lifted was a critical and commercial triumph, earning Legend eight Grammy nominations. He took the statue home for Best New Artist, Best Male R&B Vocal Performance (“Ordinary People”) and Best R&B album, and Get Lifted went on to sell more than three million copies worldwide. No stranger to winning Grammys, this year he claimed his fourth and fifth Grammy award for Best R&B Vocal Performance for his most recent album, Once Again, and for Best R&B Performance by a Duo Or Group for his collaboration with Van Hunt and Joss Stone on the Sly Stone Tribute album, Family Affair.

Commenting on the award to Legend, Hal David said, “John Legend is an outstanding, talented songwriter. He is well-deserving of the Starlight Award, not only shining as a writer with a unique vision, but as an expressive performer as well. We recognized John’s talent in his earlier years, and we are now pleased to honor him with this prestigious award.”