Posted in MusicWorld on February 9, 2011 by Danica Daniel 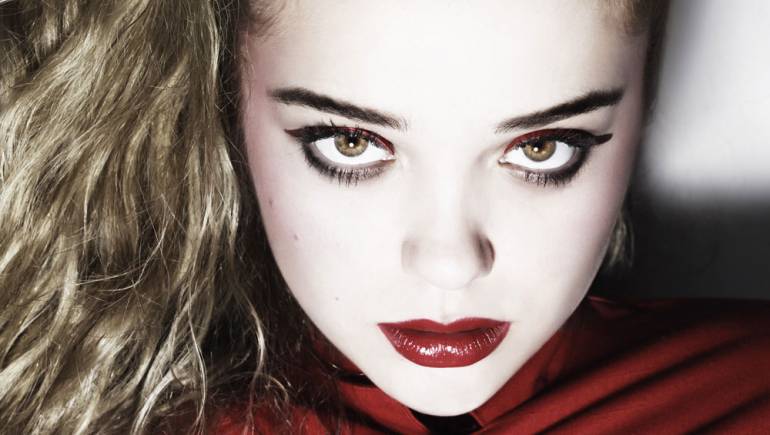 Here’s my confession / I don’t just want you to love me / I want to be your obsession / I want my name on the marquee.

Through those words, cooed wistfully on her debut single “Obsession” (written by One Republic’s Ryan Tedder), sultry electro-pop newcomer Sky Ferreira announces her intention: to make you want her.

Cool and confident, the 18-year-old singer/songwriter has never been anything but remarkable.

After all, not everyone can make Michael Jackson cry. When most girls were playing with their Barbie dolls, 11-year-old Ferreira would spend her days with her grandmother, who worked as MJ’s hairdresser for two decades. When Ferreira belted out a stirring rendition of “God Bless the Child” for the King of Pop, he became a believer and urged the little girl to get schooled.

Falling in love with the musical sounds of Madonna, David Bowie, the Runaways and Britney Spears, Ferreira, now gospel/opera trained, caught the attention of Swedish songwriting and production team Bloodshy & Avant through MySpace on her 15th birthday. The result was a trip to Sweden in 2009 and Ferreira’s European debut single, “One,” a futuristic, light-as-a-feather bubblegum track about a robot desperate to fall in love.

These days, the young Portuguese-American is gearing up to work with her idol, Spears, on an electro-rap track called “Age is Just a Number,” as well as prepping for a role in upcoming indie drama Putty Hill. And more and more listeners are falling in love with the quintessential California native’s infectious beats and ethereal beauty, magnified by golden, tousled locks, bee-stung lips and an icy hazel-green-eyed come-hither stare.

Despite her sex-pot persona, wild-child antics and tracks like “Sex Rules” and “Femme Fatale” (her Capitol Records debut album is slated for 2011), Ferreira says she is inspired most by her “nonexistent promiscuous adventures.” Indefatigably coy, the sometime model seems to gently mock both her admirers and herself. In fact, maybe that’s her secret: It just might be Ferreira’s ability only to seemingly expose it all and look as if she’s dancing along a cliff’s edge without making one misstep in her favorite Chanel clogs that has garnered her so much buzz—and left her fans wanting more.