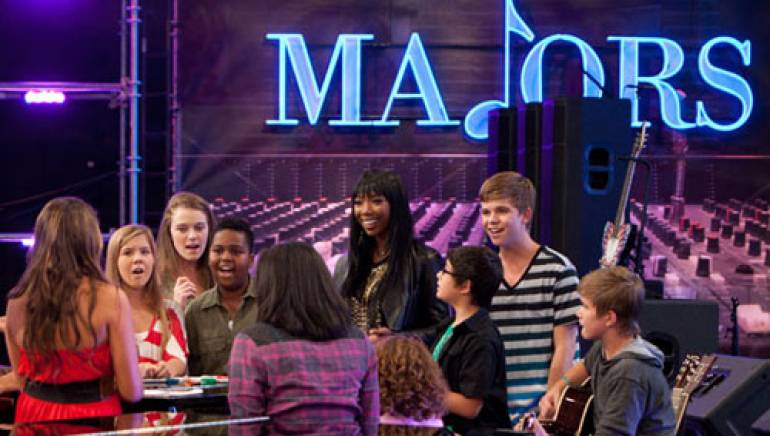 “Parents need to know that this inspiring musical series proves that it’s possible to make reality TV that’s both wholesome and appealing,” writes CommonSenseMedia.org. Entertainment Weekly has praised the show’s “chill, uplifting vibe.” BuddyTV.com happily proclaims that Majors & Minors is “bringing something different to the table.”

Standing out by embracing a supportive environment is just what series co-creator and award-winning BMI songwriter Evan Bogart had in mind.

“I wanted a more positive feeling, as opposed to the cut-you-down-you’re-voted-off-going-home-you-suck mentality which, I think, is going out,” Bogart told the Hollywood Reporter. “[T]his is about a family-friendly feeling – a great show for parents and kids to watch together.”

While none of the aspiring stars will be sent home, one will emerge with a grand prize, which includes a recording contract with RCA/Jive.

Learn more at www.hubworld.com/majors-and-minors, and tune in Sundays at 7 p.m. EST on the Hub TV Network.