Posted in MusicWorld on August 22, 2008 by Bruce Britt 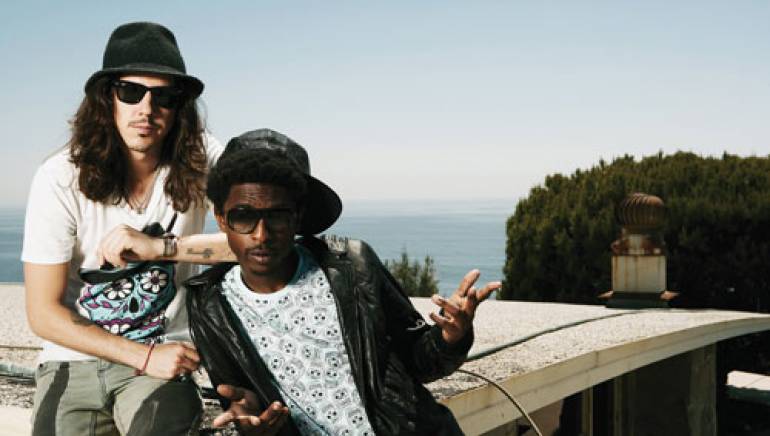 It’s the rap-to-riches saga that almost reads like a joke: Kid from a trailer park walks into a upscale Malibu club. Jumps on stage, fires off freestyle rhymes about being the only black kid in the ultra-chic neighborhood. The jet-set crowd eats it up. Ready for the punch line?

The kid scores a recording contract and an MTV reality show.

Shwayze’s saga is the stuff of Hollywood dreams and the rapper is now carving out a multimedia niche that recalls Will Smith’s ascent to international superstardom. Poising himself as a stoned-out Fresh Prince of Malibu, Shwayze’s self-titled debut album veritably froths with laid-back party jams.

“It’s a new West Coast sound, it’s California chill, West Coast stoner music,” Shwayze says, describing original compositions like “Buzzin’” and “Don’t Be Shy.” “It’s about wanting summer to come back, waiting for the sun and kicking it on the beach.”

The single “Corona and Lime” offers a sample of Shwayze’s easy-rocking hip-hop sound. Featuring slippery rhymes, rootsy acoustic guitars and soul-inflected counterpoint vocals, “Corona and Lime” demonstrated enough muscle upon its debut that it was the highest-charting new single on the Billboard Hot 100.

Born Aaron Smith, Shwayze was raised in bittersweet squalor in Malibu, where his trailer park offered a stunning ocean view. The rapper ingratiated himself to the Malibu nightclub scene, where he stood out among the predominately white socialites. “There weren’t a lot of bruthas and sistas,” the rapper told CBS News.

As legend has it, Shwayze’s fortunes improved after a fateful impromptu club performance witnessed by former Whitestarr singer Cisco Adler, who also happens to be the well-connected son of L.A. rock impresario Lou Adler. In the days following that performance, Shwayze and Cisco struck up a friendship. It wasn’t long before the rapper was signed to Cisco’s Suretone Records label.

Now, along with rising music sales, Shwayze and Cisco are the subject of their own MTV reality show, Buzzin’. As Shwayze relates in his song “Don’t Be Shy”: “I’m just a kid livin’ a dream…”