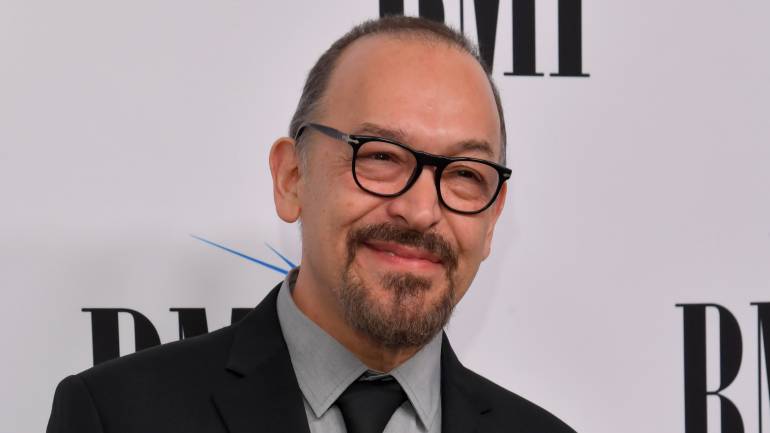 Marco Flores is a man of many talents. In his professional capacity as a music creator, he is a songwriter, a producer, a bandleader, a vocalist, an arranger, an orchestra conductor and a film composer, but this does not even begin to tell his whole story. Since he first started singing as a toddler in Mexico, music has been his guiding light. At age 10, he was studying music, and writing his own composition by 16. After earning a Bachelor’s Degree in harmony and orchestral arrangement, he embarked on his professional career. He has written over 1,000 songs, collected 25 platinum records and 22 gold records, and his work composing for television, film and visual media have made him a much sought-after composer.

Flores’ tireless passion for writing, recording, performing and sharing his love of music has made him an international ambassador of music. As part of Hispanic Heritage Month, BMI was very fortunate to catch up with him to find out more about how he makes it all work. Here is what he had to say.

You have worn many hats throughout your career — singer, songwriter, producer, bandleader, arranger, orchestra conductor, composer — is there a specific creative discipline among these you feel most comfortable with and why?

I feel very comfortable with all the different musical fields since they all go hand in hand. I like to do the musical arrangements and production of what I write. Who better than myself? I know the musical concept that is required.

You were classically trained and immersed in music at a very young age. How important is formal music education in today’s music industry?

Musical education and preparation are essential. Several years ago, there were not as many computers and technology available to make music. Nowadays, if you must write and record an entire soundtrack orchestral album, you also need preparation to be able to execute and direct your arrangements for professional reading musicians in recording studios. The most important films today are usually recorded with orchestras and acoustic instruments. You must know how to write music, not just print it.

In the world of film and TV, they will always be John Williams, Alan Silvestri and Mike Post.

You obviously have a great love for film and TV composing. What is it about scoring that is so magical for you? How do you feel it differs from songwriting?

Major movie scores are simply the same as the songs that are normally recorded for artists or instrumental tracks. They have their main melody and their magic.

The central topic will always be first, in my humble opinion, and from there all the musical incidentals or versions edited in different variations are made. The only difference between a traditional radio song and a film track is that you have very little time to demonstrate everything you want to express to people.

In a film you have more time than that. Movies like Star Wars, Titanic etc., they are easily remembered musically for their main opening theme song. That theme keeps recurring.

Can you describe your creative process?

For me, there are two situations that inspire the creation of something that has never existed, that is very much yours and that is original.

I don’t know where it comes from, but the first one appears in your head, between the heart and the soul. It tells you what it wants to talk about, what melody it needs, what arrangement you have to do to it. It usually comes to me in the early mornings when there is no noise or distractions.

The second, is when they call you to do a project. You are inspired when you find out what the project is about … everything magically comes to your head.

What advice do you have for emerging music creators looking to emulate your longevity and success?

To creatives who are entering this musical world, which is a bit complicated but not impossible for the first time, I recommend never giving up on presenting, exposing and insisting on their music.

Each person is different and unique in the universe. So, the music that each of us creates is beautiful, unique and different from everyone.

I have a phrase for all my collaborators. There is no worse music than the one you take with you when you die. Give everything you have inside and share it with humanity.

You’ve worked with a very wide and diverse collection of artists — from Richard Marx to Jose Feliciano to Bonnie Raitt to Il Divo. What is the key to a great collaboration?

Songs are the ones that have led me to different artists. Thank God. I have had the privilege of working with talented and recognized artists, as well as, equally talented but unfortunately unrecognized artists.

I have a little anecdote about when I worked with Gloria Estefan. She did me the enormous favor of recording some of my songs. One of them was called “Como me Duele Perderte” in the Bachata & Salsa genre. “Maestro Flores,” as Gloria liked to call me, “I never thought that in the lifespan of my career I would be recording songs written by a Mexican songwriter, and much less in Bachata & Salsa!” My answer was “Neither did I.” I never had imagined it myself. Songs open doors and bring us closer together as artists.

You’ve also worked in multiple genres — do you have a single favorite?

I don’t have a favorite genre. Just as I love the sunset with a Mariachi, I love listening to John Williams at the end of the day. All the music is a perfect culinary buffet full of fantastic flavors, colors, textures and surprises.

Who is your dream collaborator?

What is your secret to staying inspired and creative?

My family, my children, life, my friends and, finally, the billsI have to pay. (laughs)

Are there music projects you feel you have yet to tackle? What is next for Marco Flores?

I love the cinema and very soon we will unveil a pleasant surprise. I feel that Latinos have a huge cultural and social responsibility in this. We must lay out a musical blueprint of our roots, as well as maintain what was and create what will be for our future generations. Not just by creating popular Latin music, but by creating sounds that take things to another level and earning respect in all parts of the world.

Believe me, there is more than just “La Macarena” and “Living La Vida Loca.” (laughs) Much more! These were huge world hits, too. Our Latin music culture is huge and beautiful, and — above all – it has a lot to give.

What role has BMI played in your journey?

BMI has been a true dream come true. I say that with great honor. BMI was the first society to give a Latino an award in the Film & TV genre for “El Señor de Los Cielos” and it was to me.

BMI is not only my performing right organization, BMI is my family, and the family of many. I have spent fifty years in the music industry (since I was nine, when I went on television for the first time singing with Raul Velazco in Mexico. I can tell you that in the forty years that I have been a composer, musician, and producer, no one has given me the professional and emotional support as BMI has given me. BMI has been for me the blueprint paper on which I usually write my music. BMI in a nutshell is not only my family, they are also my home.