Posted in MusicWorld on March 10, 2008 by Lorie Hollabaugh 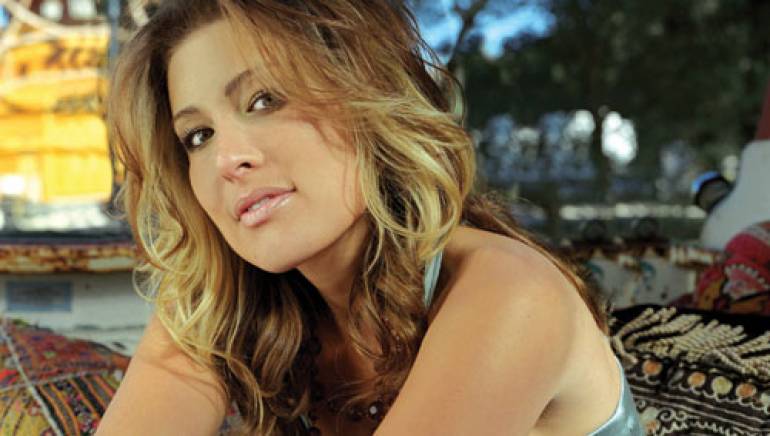 Like a tiny stick of dynamite, Sarah Buxton is small but packs a mighty powerful punch, especially when she’s spewing out emotions in the form of a song. Take her recent hit for Keith Urban, “Stupid Boy”: The song struck such a chord with Urban’s wife Nicole Kidman when she first heard it, that it ended up on his album at her request and went on to be nominated for a 2007 CMA Song of the Year Award.

Honest lyrics that cut straight to the heart of real life have become a trademark for the Lawrence, Kansas native, who first became enamored with songwriting after discovering Stevie Nicks as a teen. “Stevie’s lyrics were like poetry,” explains Sarah, “so I started to write poetry of my own … full of angst, and confusion. And the more I became interested in artistry and disinterested in school activities, the more nervous my poor mother became!”

Meeting Nicks in person after graduation sealed the deal for Buxton, who enrolled at Nashville’s Belmont University and was soon fronting a southern rock jam band and touring the Southeast. A short-lived marriage at 23 provided plenty of material to write about, and when buddy John Rich gave her a needed push and some encouragement about sticking to her musical guns, Buxton was armed and ready to conquer the country world.

Songs like “American Daughters,” “That Kind Of Day,” and “Innocence” impressed Lyric Street Records enough to sign her to a deal and release an EP this summer, and she’s poised to make her recording debut in 2008. But for a girl who’s already packed a lot of living into her 27 years, the biggest adjustment with her artist debut isn’t facing the crowds, or even coming up with witty banter onstage.

As she recently laughed and told the Lawrence Journal-World, “Being a songwriter for so many years, it was kind of a shock this year to go through stuff like, ‘Golly, I’ve got to do my hair again? I just did it two days ago!’”