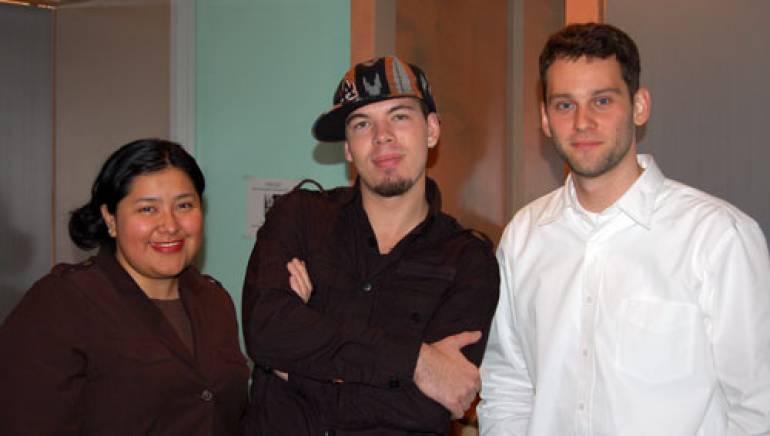 Salvador Santana, son of legendary Grammy winner and BMI Icon Carlos Santana, paid a visit to BMI’s Los Angeles office to talk about his forthcoming album, SSB. The album, scheduled to drop in February, features collaborators including his father and Asdru of Ozomatli. Santana is expected to tour in support of SSB and is planning a stint at the 2008 SXSW music festival in Austin.

Since forming in early 2004, the Salvador Santana Band (SSB) has been on a mission to take its music to the people. Much like his father’s band, Salvador’s group is dedicated to the art of fusion, both culturally and musically. The SSB blends the flavors of Latin music, hip-hop, reggaeton and spawns eclectic grooves and loose, earthy jams built on tight, funky rhythms. SSB crisscross‘s genres culturally and musically, and offers an energetic, expressive perspective rarely found in today’s musical climate.