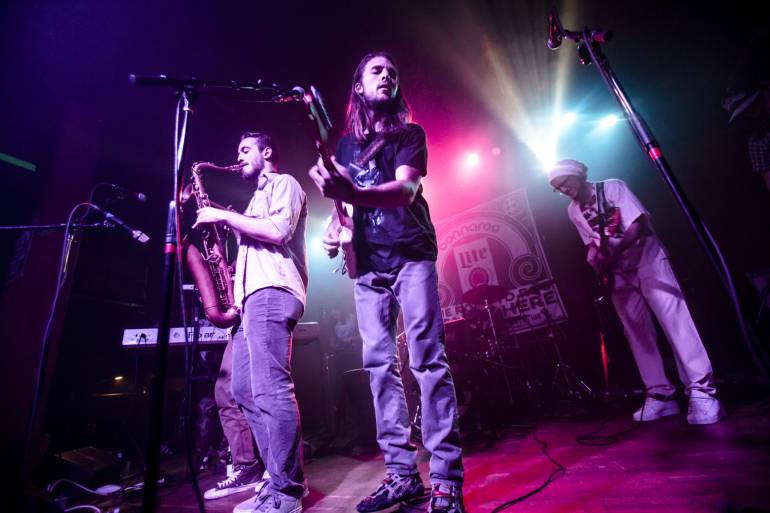 Nashville-based reggae group Roots of a Rebellion roared into Music City’s Mercy Lounge on April 4, winning a slot to perform at Bonnaroo after being crowned Tennessee’s state champs at the Road to Roo competition that night. Sponsored by Lightning 100, MillerCoors and BMI, the Road to Roo battle began with more than 350 state submissions, and was narrowed down to one winner after six-weeks of concert showcases. The Knoxville winner, Josiah and the Greater Good, traveled to Nashville for the state finals at Mercy Lounge, and came in second place.

Roots of a Rebellion will travel to Manchester, TN, to perform at Bonnaroo Music and Arts Festival in June. Congratulations ROAR!