Posted in MusicWorld on December 21, 2007 by Kevin Zimmerman 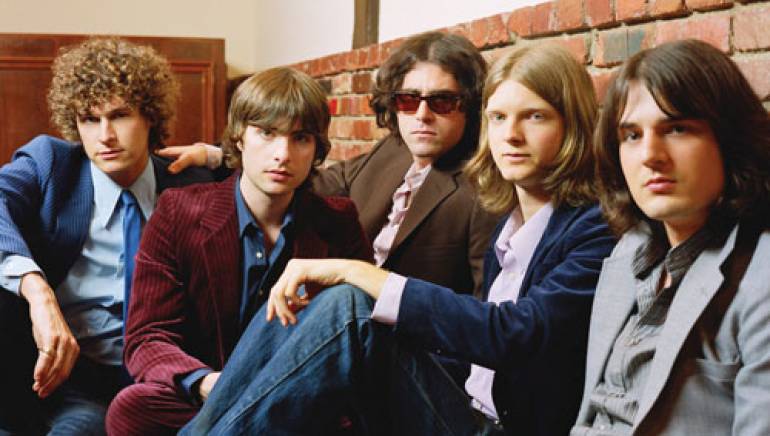 According to singer/songwriter/guitarist Robert Schwartzman, the band actually developed and then tossed out two albums’ worth of material before solidifying World’s line-up of 12 sharply observed rockers, many of which reveal such ’70s and ’80s influences as ELO, Queen and Sparks.

“I’m the most proud of this new album in terms of a) songwriting, and b) production, because it feels the most Rooney-like,” Schwartzman says. “With the previous records, the process was so hard to follow and it didn’t feel natural. I was writing songs that didn’t fit our band. They sounded cool and I’m sure people would like them, but they weren’t the strongest. Now I’m thrilled.”

Despite the layoff, Schwartzman says he’s still jazzed by music’s immediacy. “I love how instant it is. If you feel something, you just write about it. You can pick up the guitar and just write and play about anything.”

With Rooney on tour through November with the Polyphonic Spree, Schwartzman hints that long-gestating extracurricular activities may soon be realized, such as a project with his brother, Jason, former drummer for Phantom Planet and star of the recent The Darjeeling Limited.

“He writes music and I write music,” Schwartzmann says. “We definitely will do something. Just the two of us.”

In the meantime, he says, he’s feeling confident that Rooney very much stands out from the crowd.

“I know that we have similar things to other bands, but I can’t say that I’ve heard other bands that sing in three-part harmonies live and have keyboard, drum, and guitar solos, and with sing-along choruses through every track. I don’t think that’s happening right now.”