Rodney Atkins’ mounting success has united the Music Row community in one very distinct way: everyone couldn’t be happier. After 10 years of labor, Atkins is finally experiencing a load of deserved success. His now platinum album, If You’re Going Through Hell, spawned a No. 1 single by the same name, but it was the Atkins’ co-penned “Watching You” that gave him his first No. 1 as a songwriter. Written with BMI hitmaker Steve Dean and Brian White, the song basks in warm everyday exchanges between father and son. Wednesday, March 28 was Rodney’s birthday, and BMI rolled a platinum, No. 1 and birthday celebration into one giant party. Rodney was greeted by a main lobby filled with sincere well-wishers. 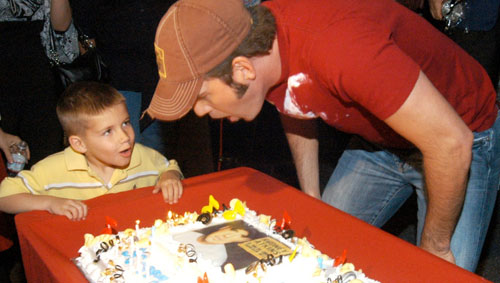 Elijah helped dad Rodney blow out the candles on his birthday cake. 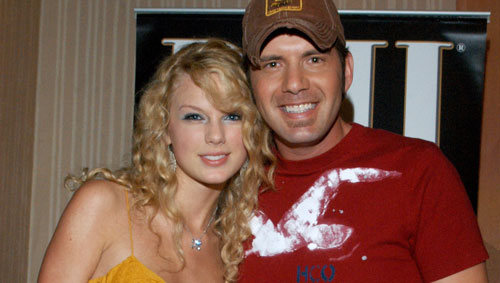