Posted in MusicWorld on December 8, 2009 by Ernest Barteldes 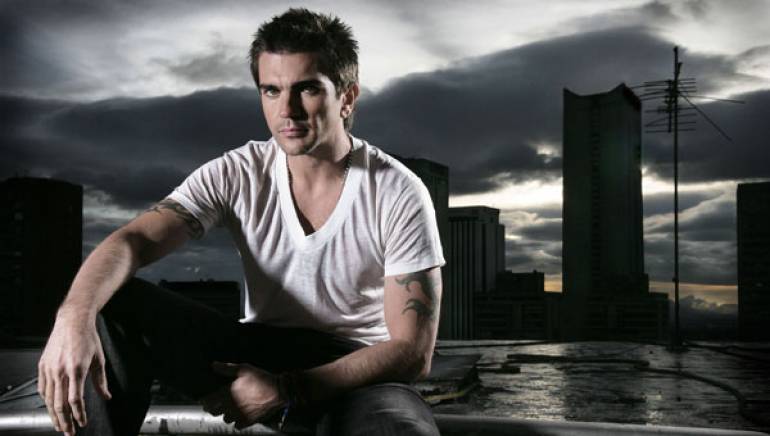 Although multi-Grammy-awarded Colombian rockero Juanes’s decision to take his all-star Peace Without Borders concert to Havana in September 2009 proved controversial, he didn’t flinch. The event made global headlines, bringing more attention to an artist who has never shied away from using his celebrity and art for causes in which he passionately believes.

Named one of the 100 most influential people in the world by Time magazine in 2006, Juanes has branched out into an array of socially conscious calls-to-action such as the United States’ Rock the Vote movement, for which he appeared in a video with Shakira and Calle 13, as well as active involvement with the U.N. High Commission for Refugees and his foundation, Mi Sangre, established to halt the proliferation of land mines around the world.

Also an activist for his native language, he refuses to sing in English in order to expand his fan base. While he’s said that he respects those who choose to record bilingual projects, Juanes has loyally adhered to his self-enforced Spanish-only mantra. Only two English exceptions punctuate his prolific career: 2007’s touching duet, “The Shadow of Your Smile,” with Tony Bennett for Bennett’s 80th birthday celebration disc An American Legend, and a performance with neo-soulster John Legend at this year’s NBA All-Star game.

Instead of hurting his career, his choice has introduced Spanish to a larger and overwhelmingly receptive audience. Multi-racial, multi-lingual crowds flood into his sold-out shows all over the world, singing along to every tune in the set, from early breakout fare like “Fíjate Bien” to more recent singles off 2008 Latin Grammy Album of the Year La Vida Es…Un Ratico.

His power springs from his merging of advocacy, humanitarianism, and artistry into a breathtaking rush of entertainment. Only 36 years old, he is already one of the most significant figures in Latin music history. While his smoldering good looks and charm certainly haven’t hampered his climb to superstardom, he is first and foremost a top-flight songwriter, vocalist, and musician. He handles an electric guitar with aplomb, balancing heart-jolting power chords with dazzling solo riffs, all while leading a tight, six-piece band through signature songs such as “Bailalá,” which plays out as a masterful jazz-influenced jam.

During his show, when he performs the poignant ballad “Minas Piedras (Rock Mines),” a shocking slideshow with images of landmine victims appears on a giant screen, reminding attendees of a problem that affects not only people in distant lands, but also in Juanes’s native Colombia, where guerilla groups often make use of such devices. He told NPR that he composed the song after a visit to the small village Cocorna, home to numerous survivors and victims of the deadly buried bombs.

“Bandera De Manos (Flag of Hands)” is a metaphor for bringing Latin Americans together, especially those from Juanes’s Colombia and its Venezuelan and Ecuadoran neighbors. The tune gained heightened importance during the 2008 Andean Diplomacy Crisis, a military standoff among the three countries. The situation inspired Juanes’s first peace concert, which attracted thousands of listeners to a bridge in the city of Cúcuta, located on the border of Colombia and Venezuela. His message of family and mutuality was direct: The three Latin American nations are part of a brotherhood that exists “despite…political differences,” as Juanes wrote at the time on his official website.

Days before the Havana show, he revealed the possibility of a third peace concert on the U.S.-Mexico border to CNN en español. “We began last year with the concert on the Colombia-Venezuela border and thought about where we could go next,” he said. “We considered Havana and Mexico near the border with the United States. But we wanted to begin in Havana, and here we are.”

He is, in fact, everywhere. And from his intercontinental legion of fans to the silenced victims for whom he speaks, the entire world looks to Juanes, and juntos, we sing along.