Posted in MusicWorld on October 20, 2010 by Bruce Britt 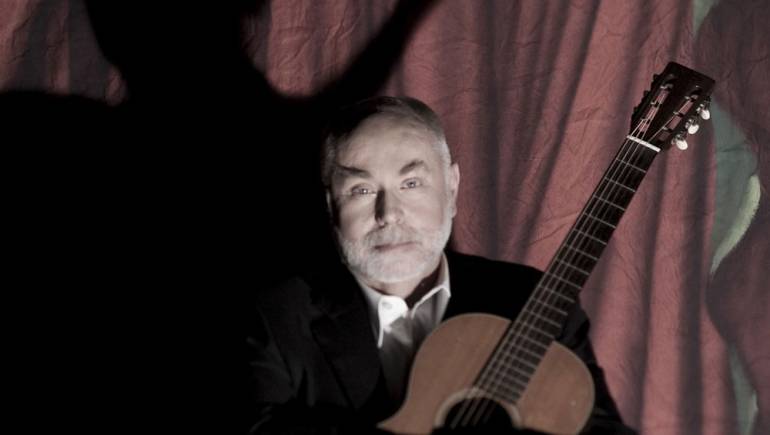 It would seem that for every young musical prodigy like Stevie Wonder or Michael Jackson there is a late bloomer whose performing skills aren’t revealed until later in life. Such is the case with 63-year-old Robert David Hall, whose slow-flowering singer/songwriter talents are impressively displayed on his retro-country debut album, Things They Don’t Teach You in School.

Hall had a good excuse for arriving tardy to music class—he had his hands full pursuing a successful acting career. Though he has earned acclaim for his performances in hit films like Starship Troopers and The Negotiator, Hall is best known for his tempered portrayal of Dr. Albert Robbins, M.D. on the CBS-TV series CSI: Crime Scene Investigation.

While his acting credentials are self-evident, Hall’s singing, songwriting and guitar playing skills will surely take some by surprise. As it turns out, the entertainer has been playing and writing music since he was 8 years old. He was prompted to kick-start his music career in the wake of a life-altering event. “My baby brother got cancer a few years ago, and he’s been fighting the good fight,” Hall says. “He kicked me in the ass and said, ‘Why don’t you finish something?’ So I went down to Austin and started planning this record.

“You know you’re imperfect,” Hall continues, explaining the lifelong perfectionism that helped put the damper of his recording career. “You just have to stop comparing yourself to the greats, and you just have to do what you have to do. That’s why this was such an empowering thing for me.”

The result of Hall’s revelations, Things They Don’t Teach You in School, is an eclectic gem of a record whose country, Tex-Mex and western swing tracks share the retrograde music sensibility of Garrison Keillor’s live radio show Prairie Home Companion. Contributing an air of authenticity to Hall’s album are a stellar cast of supporting performers including drummer Merel Bregante (Nitty Gritty Dirt Band, Loggins and Messina), steel guitarist Cindy Cashdollar (Asleep at the Wheel, Bob Dylan), and more.

“It got very real to me while I was in Austin recording this album, because I didn’t have the safety net of what I have on the TV show,” Hall said. “But I trusted the people I was working with and they trusted me, and somehow the collaboration came out well enough to push me into some amazing things.”

Amazing things, indeed. Hall’s album recently came to the attention of country music cognoscenti, who invited the actor to perform at country music’s most hallowed venue, the Grand Ole Opry. “Suddenly, I’m out on stage playing doing a couple of my songs to a packed house at the Grand Ole Opry,” Hall recalls. “It was received really well. The electricity that passes back and forth is something I really can’t explain.”