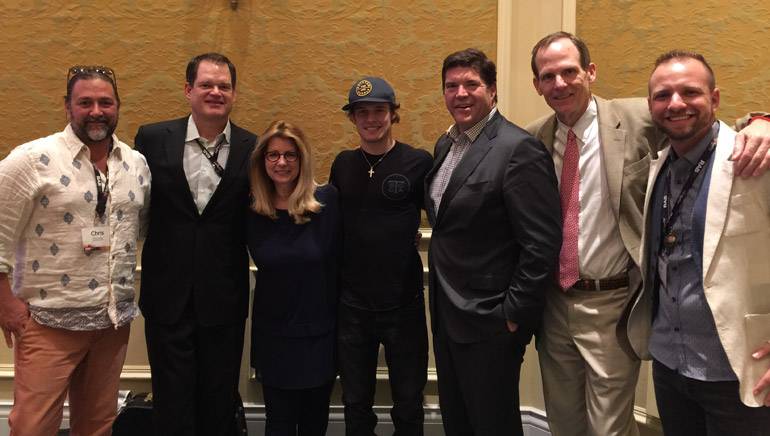 Dot Recording Artist and BMI songwriter Tucker Beathard was the featured entertainment at the Radio Advertising Bureau’s Winter Board Meeting held recently (3/8/16) in Miami. The 21 year old rising country artist performed a number of songs from his upcoming album, including his first single “Rock On,” which is currently climbing the country charts. The Radio Advertising Bureau serves more than 6,000 member radio stations in the U.S. and participates in educational, research, sales, and advocacy programs that promote and advance radio as a primary advertising medium.