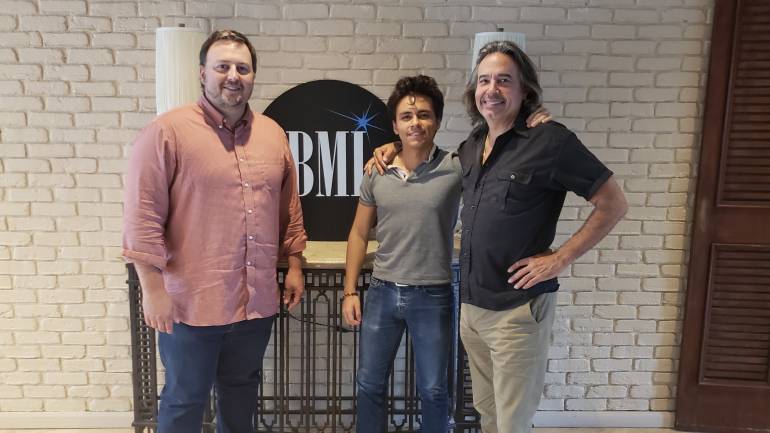 Last week, songwriter Alejandro Sierra stopped by the BMI Nashville office with mentor James Slater, a fellow BMI writer, to affiliate with BMI and visit with Mason Hunter, AVP Creative, Nashville. A local university student, Sierra, who moved to Nashville at age 14 from Quito, Ecuador, has found himself rising to the top of the charts in both Ecuador and Colombia with his hit, “So You Don’t.” Sierra said he wrote the popular track as a way to explore his roots and represent his musical background. Since its official independent release in December 2017, “So You Don’t” has been in the top 5 list of many pop radio stations in Ecuador. Most recently, the single earned a No. 2 spot on the southern Colombia radio charts. “So You Don’t” was co-written by the GRAMMY-nominated Slater and produced by Bobby Hamrick.