Posted in News on February 2, 2012 by David Spencer 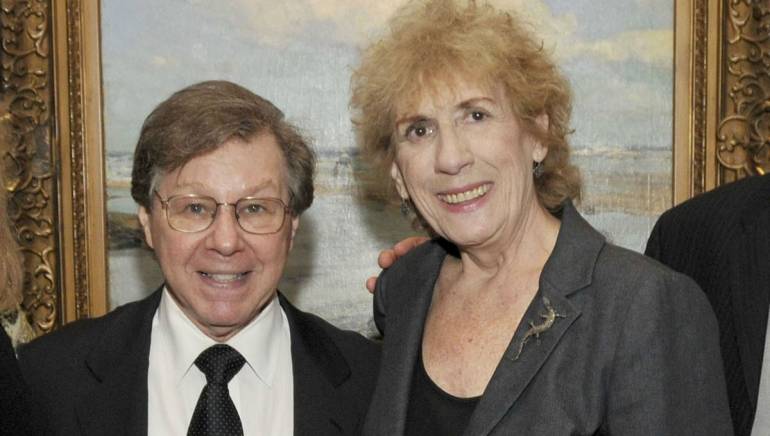 Jean Banks, Senior Director of Jazz and Musical Theatre at BMI, passed away on February 1 in her Lower East Side home after a long battle with lung cancer. She was 77 years old.

Jean got her first taste of show business when she worked as an executive secretary for the New York office of Seven-Arts Productions. After her stint at Seven Arts, she also worked for a time at ABC Productions. When at last she moved on to BMI in the mid-1970s, she was a temp — but BMI’s Stanley Catron was so impressed with her that he asked her to stay on permanently. BMI was her career home thereafter.

She worked her way up through various positions at BMI and in the 1990s became Senior Director of Jazz, where her duties included working with and recruiting new songwriter and composer members, as well as overseeing internal events and programs. In the mid-’90s, her duties expanded to overseeing the Musical Theatre department. It was in this capacity that she found herself as the administrative head of the BMI-Lehman Engel Musical Theatre Workshop, and in many ways that became her home away from home.

The Workshop, which had its origins in the mid-’60s and was initiated by the late Lehman Engel, a ubiquitous and renowned Broadway musical director of the era, was — and remains — a training ground for aspiring musical theatre writers, with admission determined via application screenings and subsequent auditions. The list of notable writers who learned their craft there is far too long to include here in its entirety, but spans generations and includes Maury Yeston, Alan Menken, Lynn Ahrens & Stephen Flaherty, Michael John LaChiusa, Robert Lopez, Jeff Marx, Ed Kleban, Tom Kitt, Brian Yorkey, Carol Hall and Clark Gesner. She loved and worked closely with Skip Kennon and Richard Engquist, who for 20 years taught, fostered and nurtured some of the biggest stars in today’s musical theatre.

Jean was also an officer and director of the BMI Foundation for over a decade, something of which she was particularly proud. She was elected to the Foundation’s board in 2000 and served as the Secretary until her retirement in 2011.

Jean was one of the most supportive people in the business. Reports one writer, “I had a show in a fairly minor musical theatre festival — and it was also in Wales, way off the beaten theatre path. But sure enough, at the first performance, there she was… . I had no idea she was planning to come. That goes beyond support to devotion.”

This devotion extended to her pursuit of writers to join the BMI roster, from the youngest unknown aspirant to the established brand name, so long as they were talented enough to make her proud of the association. Yet she did it with the softest possible touch, eschewing any bright spotlight on herself.

She was diagnosed with lung cancer in 2009, but opted to keep working while she underwent treatment. Her disposition, fortitude and stamina kept her going for well over a year and a half. At length she decided to step down from her position at BMI so that she might keep traveling as long as she could. But she assiduously maintained her ties to the Workshop, and was most recently in attendance at its annual Showcase cabaret in November 2011. Perhaps her most meaningful post-retirement action was helping pave the way for her successor, Patrick Cook, best known as the lyricist-librettist of the musical Captains Courageous.

Maury Yeston, composer-lyricist of Nine, Titanic, Grand Hotel and Death Takes a Holiday, also a former Workshop Faculty-Committee member, said: “Jean Banks was, for 30 years, a path-breaking woman music executive, nurturer of talent, de facto manager, adviser, loving mother and friend to countless writers who are now household names. She dispelled any bad day with a laugh, and regularly obliterated anyone’s tough moment with a smile that could light up the moon.”

And Frederick Freyer, a current Workshop Faculty-Committee member, added: “She was the dearest soul, a true New Yorker, a person of such culture and class, and I was convinced she was invincible. I’ll miss her always.”

Jean Banks is survived by her husband Morty. A viewing will be held in New York on Tuesday, February 7, between 5 and 9 p.m. a the Frank E. Campbell Funeral Chapel, located at 1076 Madison Avenue.

There will also be a memorial to Jean on March 8 at the Snapple Theatre on West 50th Street at 5:30 p.m.