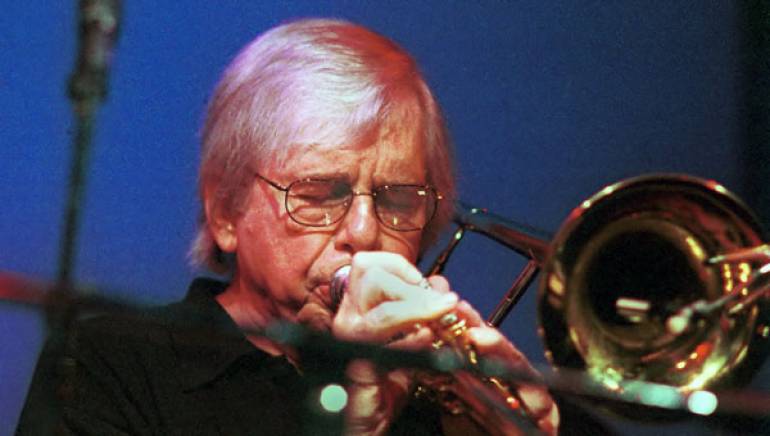 Bob Brookmeyer, noted jazz musician, composer, arranger, educator and co-founder of the BMI Jazz Composers Workshop, died on Thursday in New London, N.H., at the age of 81. The cause was a heart attack.

Brookmeyer, a valve trombonist, played with groups led by the saxophonists Stan Getz and Gerry Mulligan and the clarinetist Jimmy Giuffre in the 1950s, as well as a quintet with trumpeter Clark Terry in the 1960s. His writing in the 1960s for Mulligan’s Concert Jazz Band and the Thad Jones-Mel Lewis Jazz Orchestra helped invigorate the big-band genre. He was also a highly respected teacher at the New England Conservatory of Music and founded a music school in the Netherlands.

Brookmeyer undertook full-time studio work after moving to Los Angeles in 1968, returning to New York in 1978, where he became musical director for a big band led by drummer Mel Lewis after the departure of co-leader and cornetist Thad Jones.

He traveled extensively in Europe in the early ’80s, writing for and performing with jazz ensembles in Germany, Denmark and Sweden and forming an ensemble of his own, the New Art Orchestra.

In 1988, Brookmeyer, composer/educator Manny Albam and author/jazz authority Burt Korall founded the BMI Jazz Composers Workshop, which is dedicated to fostering the musical growth of the individual composers, and to creating a body of work that helps to extend the language of composition for the jazz orchestra.

Brookmeyer was named a National Endowment for the Arts Jazz Master in 2006. He recently received his eighth Grammy Award nomination, this one for an arrangement from the Vanguard Jazz Orchestra’s album Forever Lasting. His latest album, Standards (ArtistShare), was released last month.

In addition to his wife Janet, Brookmeyer is survived by four stepsons, Ben, Greg, Scott and Cary Bahora; and eight step-grandchildren.