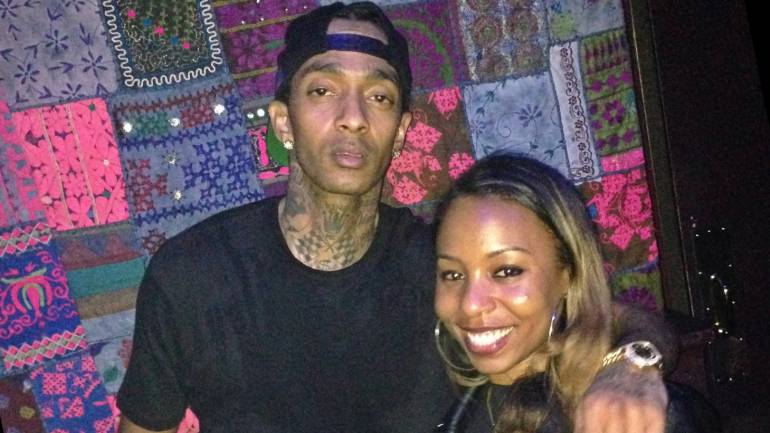 Broadcast Music Inc.’s Nicole Plantin joins rapper Nipsey Hussle after his show at the House of Blues in Los Angeles last week. The concert concluded the unsigned rapper’s Crenshaw tour, a series of dates promoting the release of his mixtape of the same name. While touring is conventional to promote new material, Nipsey changed the game of mixtape promotion last year by selling a limited edition of physical copies of his record for $100 each to hardcore fans, incentivized with exclusive gifts like lyric notebooks and backstage concert experiences. The inventive campaign, titled Proud2Pay, was wildly successful – pulling in $100,000 and grabbing the acclaim and attention of press and veteran rappers alike.