Posted in MusicWorld on December 15, 2010 by Ellen Mallernee 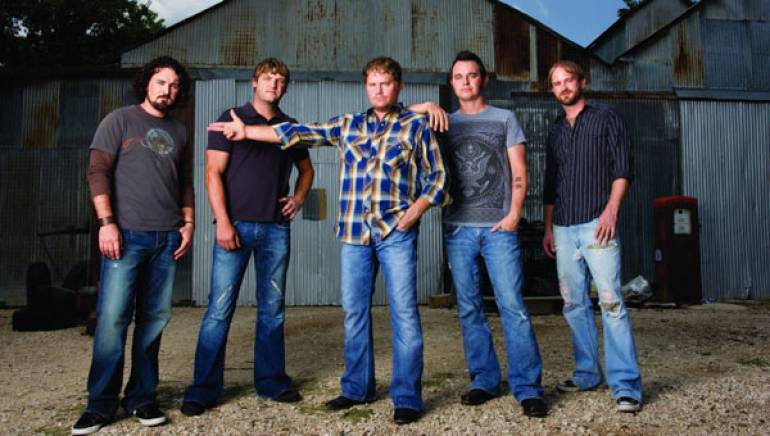 “It’s frustrating to me sometimes when people classify us as Texas music,” says Randy Rogers, lifting his cowboy hat to drag a hand through cropped curls.

Ah, but Randy, the association’s just too easy to make. The Randy Rogers Band frontman was born and raised in Cleburne as the son of a Baptist preacher; honed his chops out of high school with open mic nights at San Marcos’ Cheatham Street Warehouse; and resides today in Austin (that is, when he’s not on the road, as he is 200 days each year).

With a beautiful, drawling singing voice and a fiddle that slices sadly through songs that pine variously for lost loves, new loves, road trips, and nights bellied up to the jukebox, the Randy Rogers Band has flourished along the musical landscape of our largest contiguous state. Texans buy up every last ticket to see him play at the state’s largest venues. They, too, made certain that the band’s fifth studio album, Burning The Day, debuted at # 2 on the Billboard country albums chart this past August—the band’s highest-ever charting position.

Outside the Texas state line, though, the crowds aren’t mouthing every word to every one of the Randy Rogers Band’s songs; instead the band often plays to spotty bar crowds. It’s a night-and-day difference, but the discrepancy just fuels this band’s tenacity. “We play at the biggest and the smallest venues, sometimes literally back-to-back,” says Randy. “We play from sea to shining sea with very little radio support, and what we do is we knock your doors down and sell you tee-shirts. We’re not going to sit around and wait on a hit. Our business model isn’t necessarily based upon that. It’s that we all love music, and we do it for a living.”

No matter how much pavement the band puts between themselves and Texas, there’s no denying that it’s a terrific place to hail from if you’re any good with a guitar and a microphone. Randy’s homegrown musical pedigree is littered with boldfaced Texas natives like Janis Joplin, Stevie Ray Vaughan, Roy Orbison, and Waylon Jennings, and he says playing on-stage with fellow Texans and heroes George Strait and Willie Nelson are easily the highlights of his 10-year career. But dig deeper into the Texas tradition of which Randy is now writing the next chapter, and one vein flows uninterrupted, generation to generation: songwriting.

“If you love [songwriting] it’s not like it’s digging ditches or laying tile or something,” says Randy, who wrote and co-wrote 50 songs for Burning The Day before whittling them down to just 11. “It’s something that you can work hard at and really own as a craft. As a songwriter, to focus on quality material was the greatest advice I ever got. For me, it’s always about the songs.”