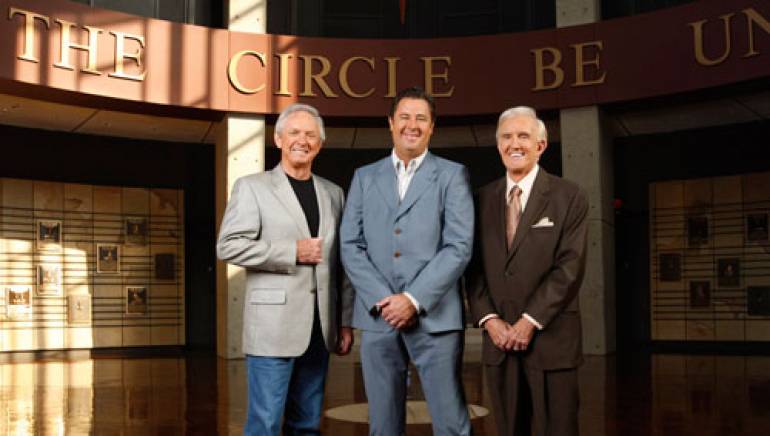 The Country Music Association secured official slices of honky tonk history for three of country music’s most treasured characters August 7 when it announced the 2007 induction of BMI affiliates Ralph Emery, Mel Tillis and Vince Gill into the Country Music Hall of Fame.

Influential radio and television personality Ralph Emery will be inducted in the “Non-Performer” category. From his night shift and Grand Ole Opry announcing duties on WSM/Nashville radio to the 30 year run of his popular morning television program “The Ralph Emery Show,” Emery emerged as one of the main voices and faces of country music. His role as confidant and friend to country’s stars coupled with his sheer longevity has established Emery as a true music historian as well: his first book, Memories: The Autobiography of Ralph Emery, resided on the New York Times best seller list for over six months. Radio and Records named Ralph Emery “Country Radio’s Greatest Personality” in 2000.

Simple numbers may help tell part of Vince Gill’s story: 16 albums, 17 Grammys and two BMI Songwriter of the Year titles are scattered throughout his career, illustrating his longevity in a music world sometimes eager to move on. Gill’s sheer strength as a songwriter, producer, vocalist and instrumentalist tells the rest of his story. Throughout commercial successes and decades, he somehow remains staunchly true to his roots, yet artistically exciting and experimental. It’s been four long years since Vince Gill’s last album, and the already platinum These Days temporarily satisfies music lovers’ seemingly inexhaustible desire for more, firmly solidifying Gill’s place among the giants of any genre.

Legendary singer/songwriter Mel Tillis boasts 18 BMI Country Awards, two BMI Pop Awards and five million-performance songs in a catalog stacked with hits. As a recording artist, Tillis has scored 36 Top 10 singles, six of which peaked at No. 1. Multiple acting credits from both film and television color Tillis’ resume, from guest appearances on TV’s “Love Boat” and “The Dukes of Hazzard” to roles in major productions including “Every Which Way But Loose” (1979) with Clint Eastwood and “Smokey and the Bandit II” (1980) with Burt Reynolds, Jerry Reed, Sally Field and Jackie Gleason. Named the CMA Entertainer of the Year in 1976, Tillis is also a member of the Nashville Songwriters International Hall of Fame. This June, Tillis became a cast member of the Grand Ole Opry.

Emery, Gill and Tillis will be officially inducted this October during the traditional Medallion Ceremony at the Country Music Hall of Fame and Museum.