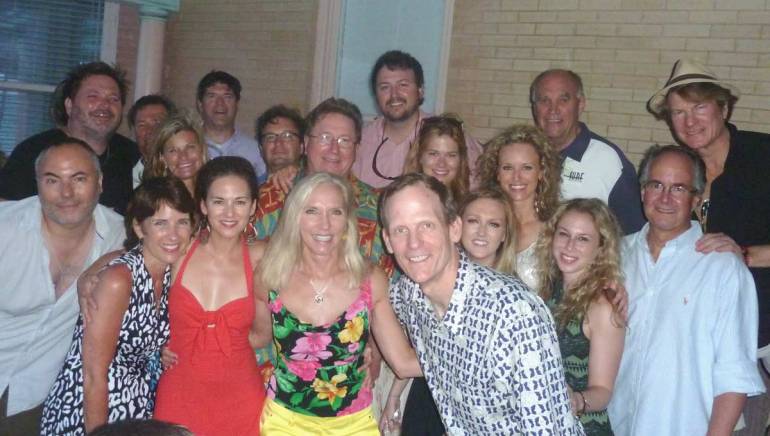 BMI hosted a group of radio executives at the 19th Annual Key West Songwriters Festival held recently (5/7-5/11) in the Conch Republic, with the goal of providing the broadcasters with a chance to connect with the many songwriters that are the beneficiaries of the licensing fees they pay to the performing rights organization. During their time in Key West, the radio group attended a number of songwriter shows and events, including a private reception that was put on in partnership with the Florida Restaurant Association and featured performances by BMI songwriters Sherrie Austin, Ruth Collins, Kristen Kelly, Toby Lightman and Dylan Altman. Afterwards, the group gathered for a photo.