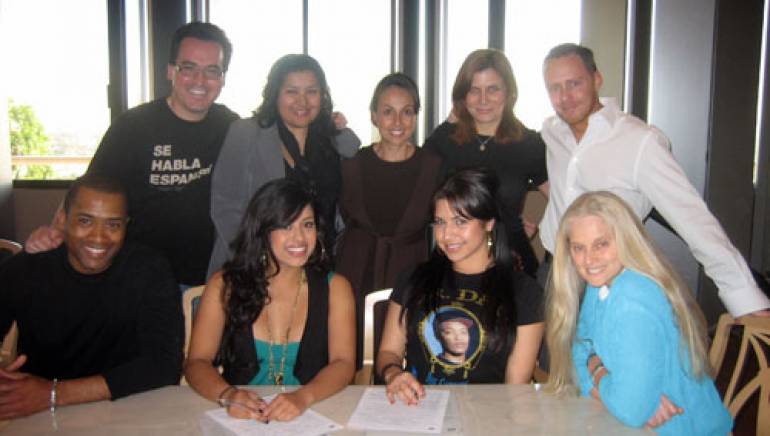 Hailing from Rosemead, CA, Prima J were discovered while performing choreography for r&b recording artist Nikki Flores, and were introduced to Stefanie Ridel, who took the duo under her wings. As Mexican-Americans, Prima J hope to be role models to both American and Latin girls, as they consider themselves the face of the new Hispanic in America, part of an emerging generation that speaks English and lives Latin.