Posted in MusicWorld on December 1, 2011 by Emily Ramey 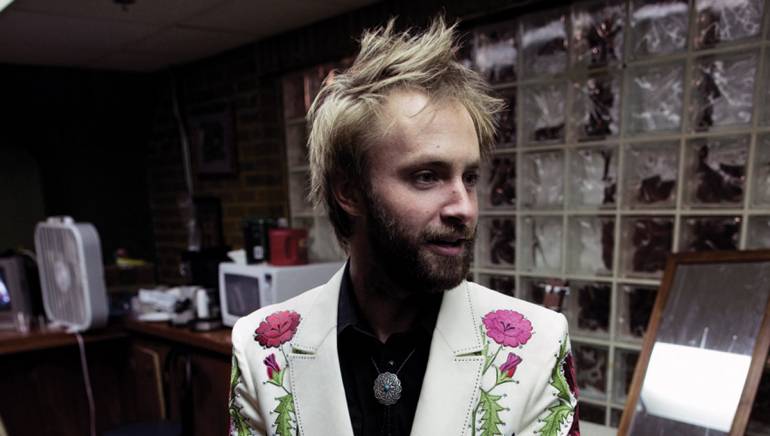 Paul McDonald draws musical inspiration from his life, which, if you’re up on your pop culture you’ll know, has been positively brimming with spectacular, whirlwind song material. The 26-year-old singer-songwriter placed eighth on season ten of American Idol, met, dated, and got engaged to Twilight starlet Nikki Reed, and toured the country, playing arenas, as part of the Idol tour, all within the first eight months of 2011.

This sort of dizzying fate blindsides all American Idol contestants; however, unlike many of his bright-eyed, freshly scrubbed young competitors, McDonald was living a musician’s life before the show, writing and touring endlessly as the front man of the Grand Magnolias, a Nashville-based Americana rock band.

The veteran songwriter in a cast of budding performers, McDonald has been a wild card element from the beginning. But his effortless charm, uncomplicated passion and raspy tenor vocals promoted him to an easy favorite. “It wasn’t my goal to win ‘American Idol,’” he admits. “I kind of did it for fun, but we’ve met so many great people, and it’s opened up so many doors.”

Amid all these new avenues and opportunities, his songwriting process has remained remarkably the same. Of his compositions, McDonald says, “They come in different waves. Sometimes I’ll pick up my guitar and a song will just come out, or sometimes I’ll write the guitar part or the piano part and then put lyrics over it later. It’s just kind of how they come out of my body, you know?

“I’ve tried to open my mind to a lot of different kinds of records and experience different artists, make my writing a little bit better,” he elaborates. “I’ve got a lot of material to work with, and I’m just going to go into the studio and take my time, try to make something really good. To me, it’s really never been about anything more than making good music and playing good songs.”