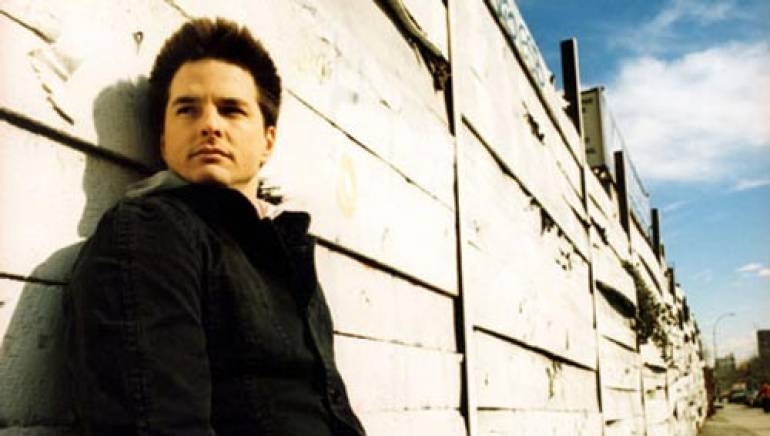 Pete Francis, an experienced musician, honed his skills and technique as a key member (vocals, guitar, bass) of the band Dispatch, which in the 1990s grew from northeast college phenomenon to national grassroots attraction, touring widely and selling out shows from New York City’s Roseland Ballroom to San Francisco’s Filmore West.

In June of 2004, Pete Francis and his fellow members of Dispatch got together at the Hatch Shell Amphitheater in Boston, Mass., for their final gig. “After being apart almost two years working on our own individual projects, it was exciting and refreshing to perform together again,” commented Francis. “The fans gave so much love; it was a wonderful and emotional farewell for all of us.” The final concert drew 110,000 people where Dispatch played a four-hour show.

An adventurer and searcher, this singer songwriter / guitarist / vocalist covers considerable ground in his narratives—from the year he spent studying the great poets in Ireland (“Burning the River”) of the album Untold. “I was interested in making an actual album with songs that relate to each other and have fluidity from track to track,” he says.

In that spirit, “Burning the River” is a song about Francis’s own process of discovery, inspired by his journey to Galway, Ireland. After a rocky first day—with his host’s wife deciding she didn’t want a houseguest after all—Francis managed to stay on to study poetry and absorb the Irish way of life. “There was great a bookstore there, with a room full of poetry,” he says. “And at night I’d hang out in pubs where people were speaking Gaelic. They’d close the doors after hours and play music—squeezebox, fiddle and guitar. Everyone would sit in a circle and people would start dancing. Then they’d pass the fiddle into the crowd and someone else would start playing. It was amazing.”

His album Good To Finally Know was written during the touring and promotion of Untold. Good to Finally Know is a collection of observations and experiences that Pete Francis encountered on his journey with Untold, which included being signed to Hollywood Records. Francis had originally set out to record four tracks; that notion was quickly scrapped as song after song made themselves known.

His current album Everything Is One has been released on Francis’ own label, Scrapper Records, a collaboration between himself and fellow New York musician and friend, Craig Dreyer. Francis’ work with Dreyer on Everything Is One emanated from his desire to bring together interesting musicians to create music that does not fit into a particular framework or within specific boundaries. “I like to be involved in the discovery of unique musical forms created by improvisation.”

A passionate student of music, literature and art, Francis draws inspiration from many sources, including the music of Van Morrison, Pink Floyd and Miles Davis, first heard on records borrowed from his older siblings; the writings of Wallace Stevens, James Joyce and William Butler Yeats; and the surrealist school of painters and filmmakers.

“An abstract painting represents a moment of clarity with the chaos,” Francis says. “I’m interested in how that can relate to writing, that within a literal and figurative work you can also touch on the abstract, the surreal. I like that someone can understand the literal meaning and then explore from that.”

Francis applies that sense of exploration to his own writing and recording process, sometimes improvising lyrics as the tape rolls. “Some songs reveal themselves over time,” he says. “I’d get ideas in the moment and just trust the words that come.”

Francis’s intention is that his music be something special to those who hear it. “Negativity is being shoved down our throats—you turn on the TV and see ‘terror’ on the screen,” Francis says. “I want my songs to combat negativity, to be positive, beautiful, thoughtful background to your life. Music is our language, the language of the world. I want to make music that brings people together.”