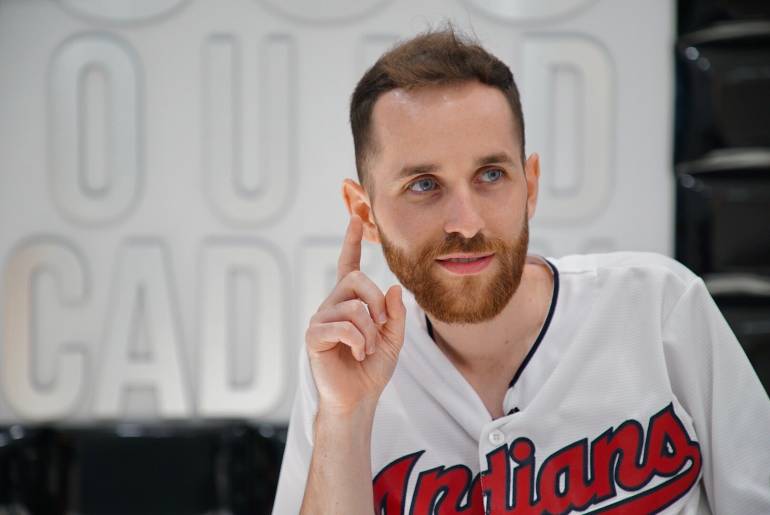 If there are two virtues TrapMoneyBenny is aware of, they’re patience and perseverance. Born Benjamin Workman in a suburb of Cleveland called Mentor, the aspiring producer decamped to Los Angeles, after high school, to pursue a career in music. Signing up with the songwriter/producer collective, 1500 or Nothin’, Workman was honing his production chops and developing his own style when a member of Drake’s production team reached out to solicit some beats. Selecting examples of material he had been working on, Workman sent them on. It seemed like the big time was beckoning.

Despite that promising connection, five long years passed, during which time TrapMoneyBenny continued to refine his techniques, working with acts like Key! and Chief Keef. On a whim, the producer decided to follow up – half-a-decade later. Again, Drake’s team requested some beats. Workman obliged, only to field a follow-up request for the stems from one specific beat, sending him back to work. Soon after, Atlanta rapper and fellow BMI affiliate Lil Yachty called Workman to say he had heard a new, unreleased Drake track that mentions TrapMoneyBenny by name in the opening moments of the track.

This past July, that song – “In My Feelings”—was released as the fifth single from Drake’s fifth studio album, Scorpion. A bounce anthem built solidly around the beat TrapMoneyBenny supplied, “In My Feelings” lodged itself firmly in the Billboard Hot 100 chart and resides there to this day. Upon its release, the single broke the record for most streams in a single week with 116.2 million. Beyond its continuing chart dominance, “In My Feelings” spawned a viral sensation when a social media comedian named Shiggy uploaded a clip of himself dancing to TrapMoneyBenny’s beat, inspiring an online phenomenon dubbed “The Shiggy Dance,” with celebrities like Ciara and Will Smith following suit. The big time has officially arrived for TrapMoneyBenny.

In the wake of this unconventional road to prominence, BMI reached out to TrapMoneyBenny to get his take on his journey so far.

How did you get your start?
Making music started as a hobby in high school. Music was always interesting to me, so I taught myself. A few of my friends were into singing and rapping, so we progressed together.

How did “In My Feelings,” your collaboration with Drake, come about? I gather it was not a straightforward rise to fame.
It was a ten-plus-year grind.

What made it a grind? Did you have to submit music to Drake’s team? What was the process?
I had to work every day for the past 10-12 years to get where I’m at. This wasn’t an overnight thing, by any means. Drake’s people reached out to me five years ago, and I followed up again in late May, early June.

The track has inspired a viral sensation – the Shiggy dance— did you imagine your work would have ever have prompted such a phenomenon?
No, you can’t really predict those things. The music comes out, and then the internet kind of just takes it from there.

Who would be your top picks to have a drum, piano and horn sample from?
Tame Impala.

As an avid R&B fan, what songs are constant inspirations when you create music?
“Put It Down” by the Lost Dream and “Lost Without U” by Robin Thicke.

What about those songs give you inspiration?
The way they’re written and how catchy they are. The production is well done. Just the overall quality of each piece of work. You can hear and feel the time and effort that went into making those records.

What is the best music advice you have ever received or have given to someone else?
Don’t ever second-guess yourself.

How would you describe your production style?
Somewhere between happy and sad.

Any specific artists you’d be excited to work with?
Elton John.

Why him specifically?
“Bennie and the Jets” was sang to me since I was a baby. Once I was a teenager, I finally did a little research about Elton John and his discography, and just became a big fan.

Was there a single piece of music that first started you on your path?
I can remember the first time my dad played “Let’s Groove” by Earth Wind & Fire. That song made me really appreciate music.

What’s next for you?
Chill…… Top Secret.