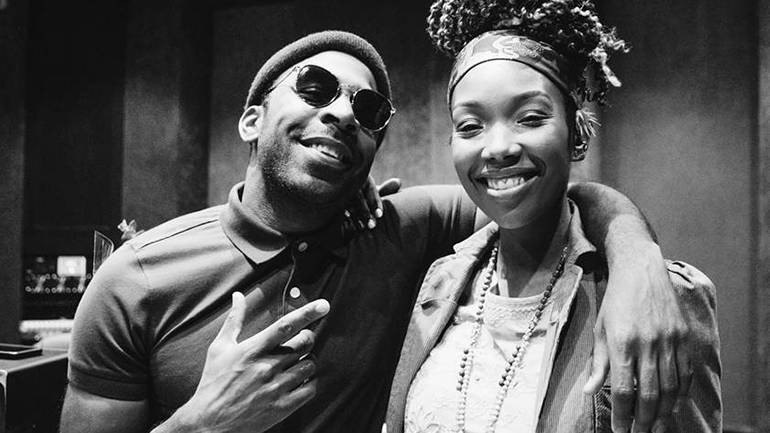 When Texas-born singer/songwriter MAJOR. dropped his debut album, I Am MAJOR. in 2016, his signature blend of joyful, technicolor R&B made an immediate impression. Via lushly produced, romantic singles like “Why I Love You” and “Honest,” MAJOR. captivated listeners with his blend of contemporary stylings and classic melodicism, and earned high-profile supporters like Stevie Wonder and Patti LaBelle. Schooled at the prestigious Berklee College of Music and classically trained, MAJOR. imbues his songs with a heartfelt robustness that speaks to the grandest roots of the pop tradition. Later singles such as “Better With You In It” further established MAJOR.’s versatility, always exuding a message of hope, love and positivity.

MAJOR.’s most recent project, however, finds the songwriter blazing a trail into a different realm, driven by a desire to do more than simply entertain. A deeply personal labor of love, the single “Even More” still showcases all the hallmarks of MAJOR.’s particular blend of stirring R&B, but scratch the surface, and there’s a meaning more profound beneath. Beyond its elegance as a love song, “Even More” is, at its core, a fight song – a soulful rallying cry for those facing down one of life’s toughest challenges. Leant extra poignance by the harmonies of recent BMI President’s Award honoree Brandy, “Even More” is testament to the power of cancer survivorship, and leaves few listeners unaffected. Portions of the proceeds go to cancer research organizations, including Susan G. Komen.

We sat down with MAJOR. to discuss this latest project.

The song contains such a powerful, resonant message, but is so beautifully restrained. Similarly, in the music video, you tell the story with a sequence of simple, animated vignettes. How challenging was it to take on such a heavy, potentially triggering subject as cancer and strike that right balance?
I’ve always had a gift for taking the heavy things and relaying them simply. The conversation around cancer survivorship has been one that is often hopeless and scary in nature. I was compelled to revive the hope in the journey. All is not lost. And love certainly ain’t going nowhere. You are loved, even more.

How did Brandy get involved? What was it like working with her in the studio?
Brandy, as we all know, is a musical hero and force. After spending time together as cast mates while on the set of Fox’s Star, we developed a bond that lived beyond the screen. Our souls are connected. While on set, I let her and Queen Latifah hear my original version of “Even More,” and they dug it. Weeks later, Brandy inquired about the song and offered her magic to take it higher. In the studio, she did just that. I was humbled, honored and excited. Too good.

What has the response been like?
The response has all been positive. I’d love for it to breathe and reach further than it has. But this was a passion project for me that I used personal money and resources to pull off. Each heart that it reaches proves it was not in vain.

What is the biggest takeaway you want your listeners to get from this project?
Keep your hope alive. True love grows deeper and wider by the day. Never are you a burden. You are loved – even more! And cancer ain’t your name.