Posted in MusicWorld on April 12, 2010 by Russell Hall 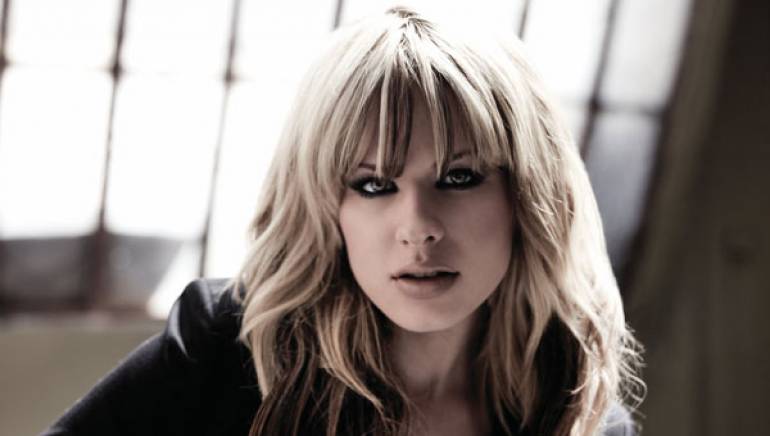 Looks can be deceiving, so they say, and that’s certainly true of Orianthi. Diminutive and soft-spoken, the 24-year-old guitar sensation nonetheless plays with a dazzling virtuosity that’s already earned her a place on-stage with the likes of Carlos Santana, Steve Vai and, most notably, Michael Jackson.

“I had never been more nervous in my life,” Orianthi says, of her audition for Jackson, who selected her as lead guitarist for what would have been his “This Is It” extravaganza. “He was such an icon, but he was such a nice person, too. Working with him was an awesome experience.”

Like Jackson, Orianthi was a child prodigy. A native of Adelaide, Australia, she picked up her father’s acoustic guitar when she was six, then switched to electric at age 11, inspired by a Santana performance.

In addition to opening shows for major artists who came through Adelaide, she spent her teen years honing her skills in a Top 40 cover band, playing “Jessie’s Girl,” “Summer of ’69” and, in her words, “putting guitar solos in Kylie Minogue songs.”

All those experiences are brought to bear on Believe, Orianthi’s major label debut. A mix of infectious pop rock and saber-rattling six-string pyrotechnics, the disc comes off as part Avril Lavigne, part ’80s-style shredder.

“Putting both those things together was fun,” Orianthi says. “The idea was to make a real guitar-based album, with guitar solos on every track. But I love good pop songs, too.”

High points include the churning rocker “According to You,” the anthemic, arena-ready title track, and an instrumental duet, titled “Highly Strung,” recorded with the aforementioned Vai. Like the artists she admires most, however, Orianthi is already looking to expand her musical horizons.

“I want to make albums that sound different,” she says, “albums that feel like journeys when you play them. I’m always trying to evolve and get better, and make sure everything I do doesn’t sound the same.”