Posted in MusicWorld on January 9, 2007 by Bruce Britt 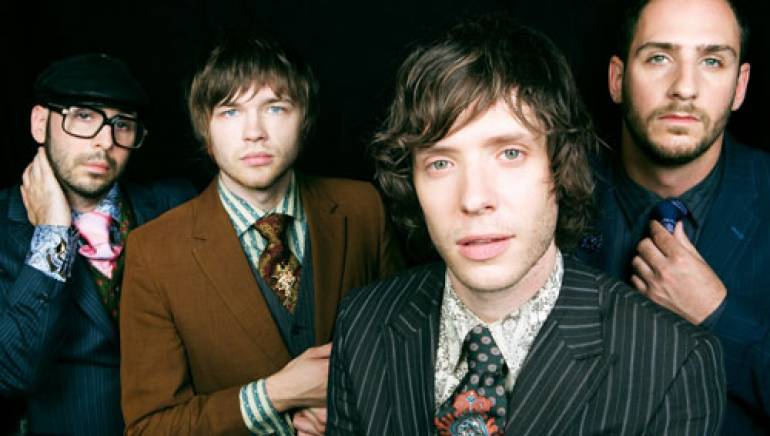 Hailing from the same wintry Chicago hinterland that spawned Cheap Trick, OK Go combines the humor, incisive wit and hard-rocking fervor of their Windy City predecessors with the quirkiness of the Cars. This compelling clash of sensibilities has resulted in one of the smartest debut albums in recent memory. Indeed, OK Go’s self-titled album hearkens back to the days of vinyl records and classic rock, when reading lyrics was an essential part of the listening experience.

OK Go tracks like “What To Do,” “Shortly Before the End” and “1000 Miles Per Hour” possess the bittersweet taste of real life. The band’s lyrical élan is aptly demonstrated on the band’s debut single, “Get Over It.” Over a stomping rhythm reminiscent of Queen’s 1979 classic “We Will Rock You,” singer/songwriter Damian Kulash takes jaded pop culture to task. To wit: “Oh, what a drag, what a chore/ Oh your wounds are full of salt/ Everything’s a stress and what’s more/ Well it’s all somebody’s fault.”

Apparently, OK Go’s literate approach has struck a chord. The band began drawing attention last August after being included on Electronic Arts’ “Madden NFL 2003” PlayStation2 game — a pioneering marketing move that has given OK Go valuable exposure among the legions of video game consumers. MTV.com featured the band in the “First Listen” section of its site. Then, weeks before the band’s album was even released, Conan O’Brien featured the group on his popular late night talk show — a tremendous vote of confidence for an unknown group.

OK Go’s story is every bit as charmed as their music. Kulash and bassist Tim Norwind met at summer camp when they were 11 and promptly formed a band called The Greased Ferrets that featured folding chairs played as drums. They met keyboardist/guitarist Andy Duncan in high school and drummer Dan Konopka in college, but somehow didn’t form into OK Go until 1999, even though they all believed that someday they’d play in a band together.

With the release of their Capitol Records debut album, OK Go looms as one of contemporary rock’s brightest hopes..