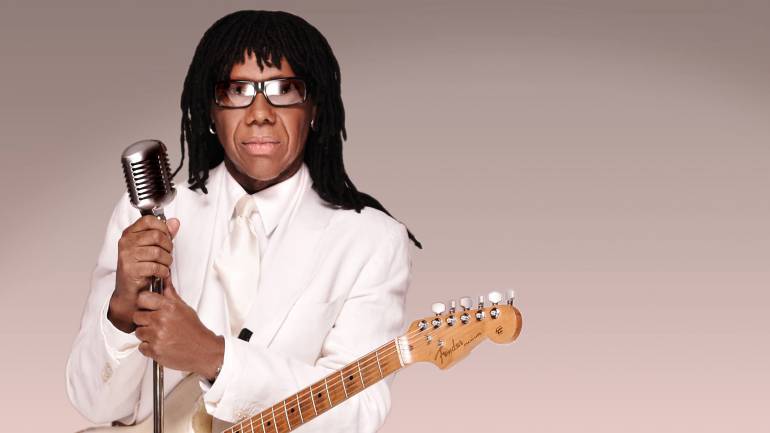 Broadcast Music, Inc. has announced that GRAMMY-winning composer, producer, arranger and guitarist Nile Rodgers will receive the BMI Icon Award at the Company’s 2015 R&B/Hip-Hop Awards, to be held Friday, August 28, at the Saban Theatre in Los Angeles. Rodgers, a musical architect of the influential band CHIC and perennial hit maker, was selected as this year’s BMI Icon recipient for his incomparable catalog and defining influence on popular music. The star-studded event will also celebrate the songwriters, producers and publishers of the most-performed R&B/Hip-Hop songs of the last year, as well as the crowning of the R&B/Hip-Hop Songwriter, Producer, Publisher of the Year and Social Star award winner. BMI President and CEO Mike O’Neill and Vice President, Writer/Publisher Relations, Atlanta, Catherine Brewton will share the evening’s hosting duties.

“The BMI Icon Award is given to an individual for their ability to connect people through song and defy musical expectations,” said Catherine Brewton, BMI Vice President, Writer-Publisher Relations, Atlanta. “Nile’s exceptional body of work, spanning decades, crosses genres and leaves a lasting impression. We’re so thrilled to present this honor to such a singular talent and incredible musician.”

A living legend, Rodgers constantly evolves and expands the boundaries of popular music. As the co-founder of CHIC, Rodgers pioneered a musical language that sparked the advent of hip-hop with “Good Times” and generated groundbreaking pop hits like “Le Freak,” which was inducted into the 2015 GRAMMY Hall of Fame. His career-defining productions for David Bowie (“Let’s Dance”), Madonna (“Like A Virgin”), Diana Ross (diana), and Sister Sledge (“We Are Family”), plus his work with artists like Duran Duran, INXS, Mick Jagger, Grace Jones, Steve Winwood, Peter Gabriel, The B-52s, and Michael Jackson, have sold in excess of 200 million albums and 50 million singles worldwide, while his innovative, trendsetting collaborations with Daft Punk, Avicii, Disclosure, and Sam Smith reflect the vanguard of contemporary music. Having earned more than 200 production credits, 17 BMI Awards, and three GRAMMYS, Rodgers transcends all styles of music across multiple generations. Signed to Warner Bros. Records, he’s currently preparing the first new CHIC album in nearly 25 years and will take CHIC on the road throughout 2015 to support the release of the album’s first single “I’ll Be There,” which is currently No. 1 on Billboard’s Dance Club Songs chart. In addition to his many other accolades, Rodgers serves as Chairman and Founder of the We Are Family Foundation (WAFF), authored the best-selling Le Freak: An Upside Down Story of Family, Disco and Destiny (2011), and distributes soundtracks for popular AAA video games via his national distribution company and record label Sumthing Distribution and Sumthing Else Music Works. “The full scope of Nile Rodgers’ career is still hard to fathom, and it’s not just ongoing, it’s in overdrive,” Rolling Stone recently remarked, naming Rodgers one of “the 50 Most Important People in EDM” (2014). Indeed, Rodgers’ unrivaled track record is a mere glimpse of what’s yet to come. 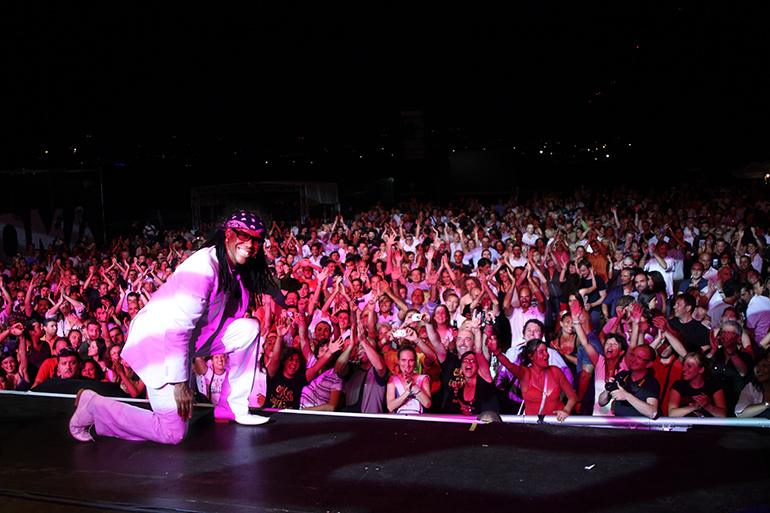 BMI Icons are selected for their unique and indelible influence on generations of music makers. As the 2015 honoree, Rodgers will join elite ranks that include James Brown, Mariah Carey, the Jacksons, Snoop Dogg, Cash Money’s Bryan “Birdman” Williams and Ronald “Slim” Williams, George Clinton, Isaac Hayes, Little Richard, and Al Green, among others.