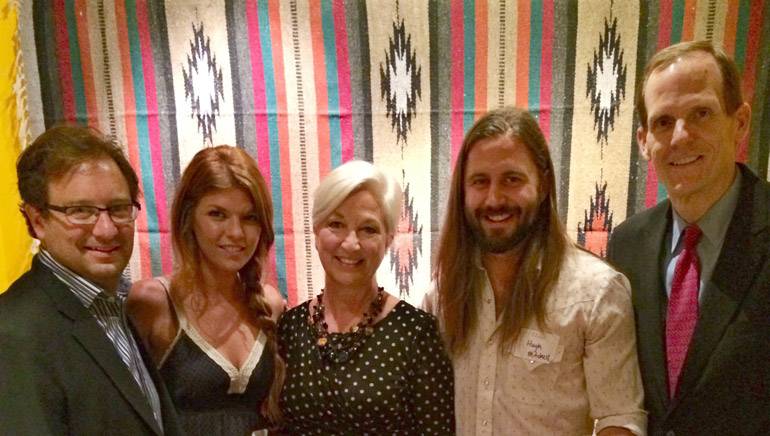 BMI partnered with HD Radio in providing the entertainment at the annual “Lipstick and Lobster” dinner hosted by the Mentoring Inspiring Women in Radio Group (MIW) and held recently (9/10/14) in Indianapolis in conjunction with the Radio Show. BMI singer/songwriter Hugh Mitchell, along with his partner Jillia Jackson, performed for a large and enthusiastic group of female radio executives. The twosome make up the new duo “Among the Willows,” who are based in Nashville and currently working on their debut LP.

The MIW Radio Group is committed to advocating the advancement of women to senior positions in radio companies and corporations. BMI has partnered with iBiquity Digital, the developers of HD Radio Technology, on a new music initiative called the “HD Radio Artist Spotlight.” The program is designed to grow new artists and help established acts with tour support out on the road. “Among the Willows” also performed at the HD Radio booth at the Radio Show as part of that initiative.