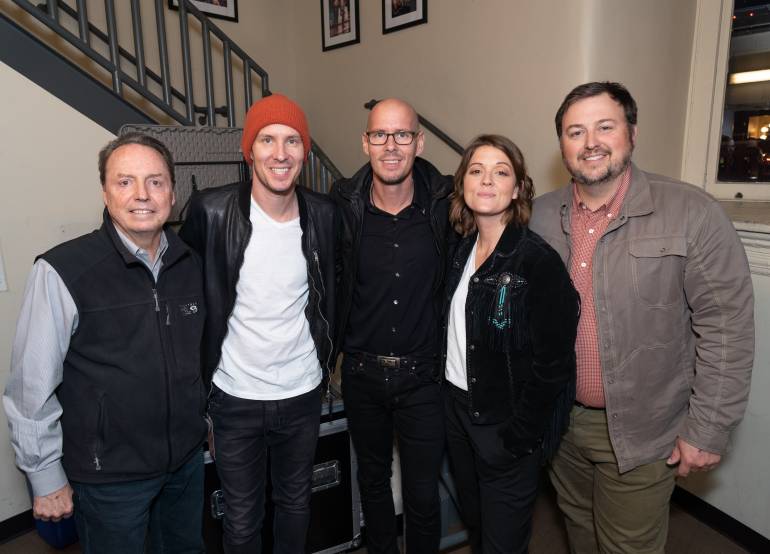 BMI is incredibly pleased to announce that multiple award-winning singer-songwriter and producer Brandi Carlile and her long-time collaborators, Tim and Phil Hanseroth, have signed a long-term deal with BMI to represent her critically-acclaimed catalog of music worldwide. Carlile and the Hanseroths join BMI’s growing roster of more than 900,000 songwriters, composers and music publishers.

“We are thrilled to have the incomparable Brandi Carlile and Phil and Tim Hanseroth join the BMI family,” said Mason Hunter, AVP, Creative, Nashville. “We have admired their talents for many years. In terms of great songwriting, captivating vocals, and musical integrity, Brandi is raising the bar for this generation’s music makers. From hosting her own festival to her incredible evening at the GRAMMYs, her year is off to a fantastic start and BMI is proud to be a partner in her ascending career.”

Carlile has had a landmark year following the release of her GRAMMY Award-winning album, By The Way, I Forgive You. Produced by Dave Cobb and Shooter Jennings and recorded at Nashville’s historic RCA Studio A, the album includes ten songs written by Carlile and longtime collaborators and bandmates Tim and Phil Hanseroth. By The Way, I Forgive You garnered six nominations, making Carlile the most nominated woman at the 61st GRAMMY Awards. Her wins for the evening included Best Americana Roots Performance, Best Americana Roots Song, and Best Americana Album. Her other nominations included Album of the Year, Record of the Year, and Song of the Year. In January of this year, she spearheaded the Girls Just Wanna Weekend, a music festival with an all-female lineup in Riviera Maya, Mexico.

Over the course of their acclaimed career, Carlile and her band have released six albums, and garnered seven total GRAMMY Award nominations including one for The Firewatcher’s Daughter and six for By The Way, I Forgive You. In 2017, she released Cover Stories: Brandi Carlile Celebrates 10 Years of the Story (An Album to Benefit War Child), which features 14 artists covering the songs on their breakthrough album The Story with all proceeds benefiting the War Child charity.

As the newest member of the BMI family, Carlile joins some of the world’s most prolific songwriters including Kacey Musgraves, John Prine, Maren Morris, Lady Gaga, Shakira, Khalid, and Halsey, among many others.