Posted in MusicWorld on February 25, 2008 by Dan Kimpel 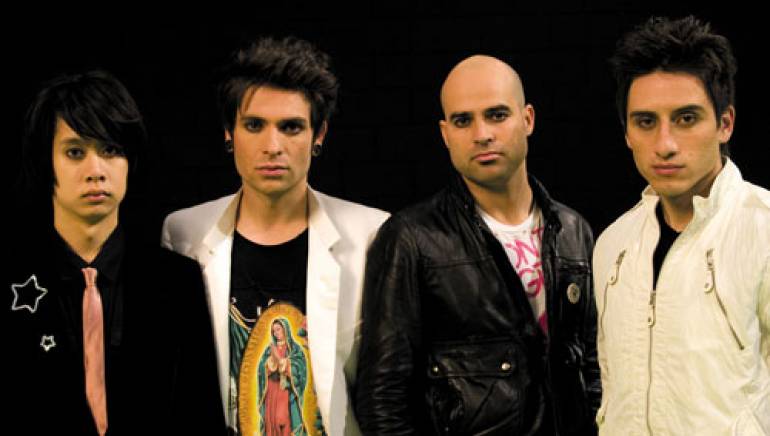 Bold, borderless and bilingual: Monte Negro is a Los Angeles-based band that draws a vibrant sonic pastiche from punk roots, modern rock, world fusion and Rock en Español. Together for almost a decade, a signing with Epic Records and a new digital EP titled Who Told You? reveals a band poised to make the leap into major markets and high profile shows. The powerhouse quartet is featured at SXSW in Austin, Texas and last summer embarked on a tour of Puerto Rico capped off by an opening concert slot for superstar Gwen Stefani in San Juan.

At the center of the band is a brotherhood, Mexican-born siblings Kinski and Rodax Gallo, lead vocalist and bass player, respectively. Their first musical enterprise was a pulverizing punk band named Anima. Abetted by Jason Li Shing, a Chinese/Japanese-American guitarist recruited from a high school talent show, and drummer Xavier Lopez, they evolved into Madrepore. Finally reincarnated as Monte Negro, the sound of Cicatrix, their full-length debut, added eclectic bohemian undertones to an encompassing musical arc with harp and the traditional Japanese koto added into the mix.

The new EP sustains the energy with a patchwork of intriguing sonic colors, anthemic choruses, twanged out surf guitar and punched up rhythms including the skanking roots reggae of “Give Me Love” (No Llores). Bending lyrics to match the music is the forte of Kinski, a UCLA graduate with a master’s degree in language, whose words move seamlessly from English to Spanish. Four diverse personalities shape a sound that is equally pliable as Monte Negro stakes their claim in the widening panorama of musical Mexifornia.