Posted in MusicWorld on August 1, 2012 by Dave Simons 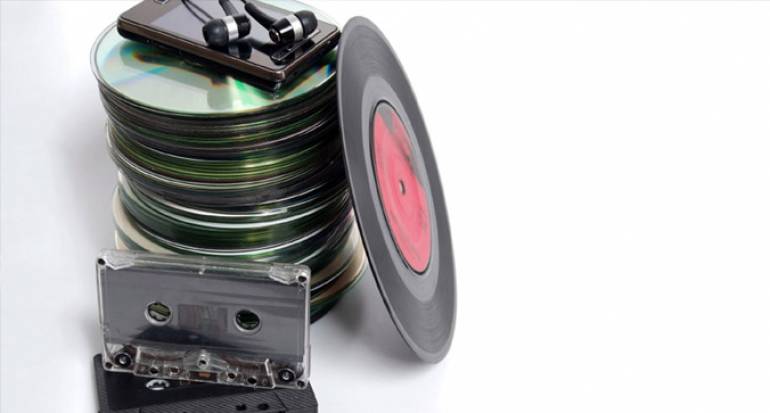 Whenever it’s time to preview a new recording for some hapless victim who happened to wander into my house, I usually have them follow me into the basement, situate them in a comfy chair exactly 36 inches from my awesome Tannoy studio monitor speakers, set the master output to a suitably impressive level, then stand back and let the sound waves roll. Naturally in this kind of hermetically sealed audio environment, it doesn’t take much to get a thumbs-up (they don’t call it the “sweet spot” for nothing, after all).

Unfortunately, in real life most listeners use equipment that is far less extraordinary—cheap earbuds if you’re lucky, bass-deficient laptop speakers if you’re not. As basement-based artists/producers/engineers, it’s our job to account for these audio deficiencies at the point of origin. If your target audience primarily relies on social-media or other online music-distribution platforms, with a little finesse you can ensure that your sound is up to snuff for that particular environment. Despite the ramp-up in web-based music, however, there are still a vast number of traditionalists who prefer conventional medium such as broadcast radio as well as CDs or even vinyl. So while making mixes for the iPod people, you’ll also want to ensure that the music sounds just as good through the side panels of a Buick.

Hence, the importance of using a variety of playback medium—including both large and small speakers, different sized rooms, listening in a car, on a boombox, through a digital player, etc—when making your new mix.

The problem with relying exclusively on top-shelf reference monitors (such as the aforementioned Tannoys) is that they tend to make everything sound great—even stuff that doesn’t deserve to sound great. To hear how a finished mix would sound in a “normal” environment such as in a car or on a portable radio, engineers have often kept a set of inferior-sounding speakers atop the console. For years the undisputed champ of chintzy sound was the infamous Auratone 5C “Super Sound Cube,” a puny pair of wood-paneled monitors specifically designed to reproduce music without any artificial flavoring (hence their nickname, “Horror-Tones”). The point being that if the mix sounded good on a set of Auratones, it would sound good just about anyplace else.

Unfortunately, Auratones are no longer manufactured and, oddly enough, fetch top dollar online. However, you can accomplish the same purpose by wiring in any cheap set of speakers for your listening station, or by copying the music to a CD or digital player and running the mix through your laptop/PC speakers, car-audio speakers, a boombox or other lo-fi device.

Though the smartphone revolution has turned us into a nation of earbud wearers, most experts agree that using headphones for making mixes isn’t always the best choice. Because the sound of consumer-level headphones is typically “colored” (i.e., uses a pre-set equalization curve), you may be hearing more bass or treble than actually exists on your recording. Also, stereo separation through headphones may appear quite different than it would when using a standard set of reference monitors, due to the proximity of the sound source to the eardrum.

But unless your workspace is properly isolated, mixing through speakers can be problematic, particularly when working late into the evening and/or living in close proximity to neighbors or family members. If you must rely on headphones for practical purposes, go for something studio-quality (such as the well-respected AKG K240 “studio monitor” model or its successor, the K240S), and also cross-reference your headphone mixes through a set of speakers to be sure that the mix is accurate.

Even with the advent of Internet music distribution, there’s still nothing like hearing the sound of your own song being played over the air for the very first time. Preparing a track for radio play requires that you utilize a slightly different mix methodology than you would for standard home-audio use, however, given that radio stations typically incorporate compression and other forms of signal processing as part of their normal broadcast. Adding too much of your own compression to the mix can result in “pumping” percussion or overly glossy reverbs if the station is already heavily limiting their audio output. Doing a dedicated “radio mix” using less compression (or none at all) can help you avoid these problems.

To stay objective, try to mix in small increments, around 30-45 minutes per track, tops. Also, keep the volume down—listening at a reduced level prevents your ears from getting prematurely fatigued while allowing you to hear the individual parts clearly, giving you a better perspective on stereo placement. Avoid mixing right after tracking; if you’ve been making noise on the other side of the glass all evening, wait until the next day to begin the process of assembling the multitracks for mixdown. To be sure that the mix is accurate even when you’re not situated in the sweet spot, try the “ambient test”—start the playback, then go into the next room and listen. If the vocals are still prominent and the backbeat is nice and strong, you should be all set.