Broadcast Music, Inc. singer-songwriter Michael Odokara-Okigbo performed at BMI Los Angeles’ latest installment of Hear It Here First on Aug. 13. Michael O to his fans, he was first discovered on NBC’s The Sing Off and was recently cast in the upcoming film, Pitch Perfect 2.

During the three-song showcase, he performed “Champion Love” and “Breakdown” from his debut EP, In The Beginning. He closed with a cover of Otis Redding’s “Sittin’ On The Dock of The Bay.” He is currently writing and recording new material for release later this year.

Listen to more tracks from In The Beginning. 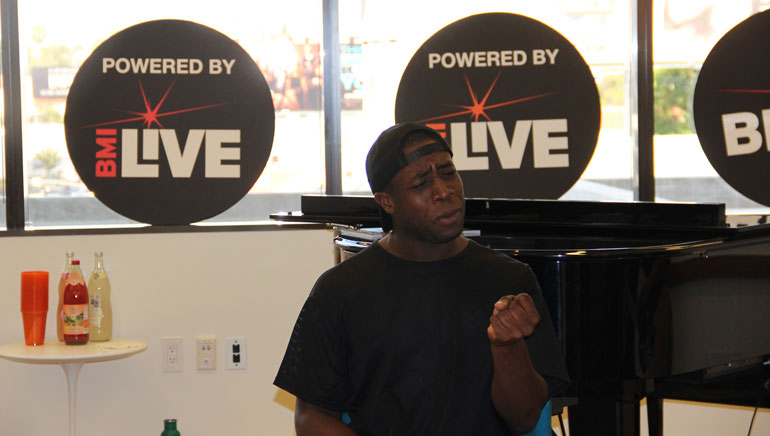