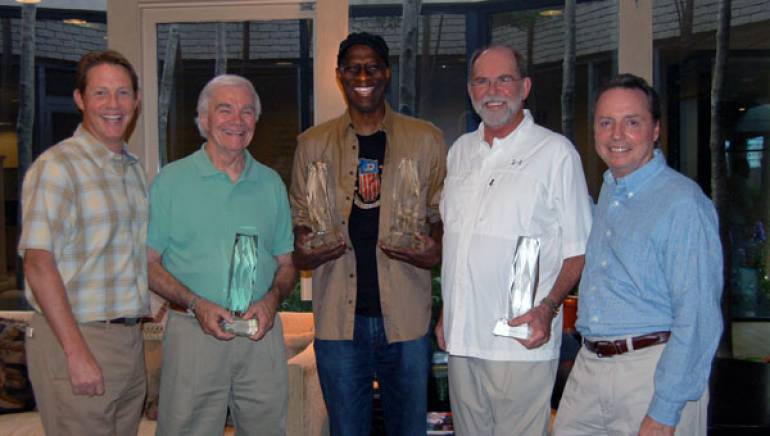 Keb’ Mo’ had two big reasons to smile during a recent visit to BMI’s Nashville offices. The acclaimed blues slinger earned BMI Film/TV Awards—one for composing the original theme and background music for brand new series Mike & Molly, and the other for his role in the music for TNT’s new crime drama Memphis Beat.

The Memphis Beat music’s back story is further proof that a great song never dies: When Keb’ Mo’ recorded a 50-year-old tune called “Memphis Beat,” the series’ theme song was born. Written by Dickey Lee, Allen Reynolds and the late Milton Addington, the original “Memphis Beat” was recorded in 1966 by Memphis rebel rouser Jerry Lee Lewis. However, in addition to singing the time-tested theme, Keb’ Mo’ composed the series’ background music, and as a result, he, Lee and Reynolds each earned BMI Film/TV Awards.

Because all three Nashville residents were unable to attend the May ceremony earlier this year, they stopped by BMI to pick up their crystals and celebrate a cross-generation collaboration that was decades in the making.