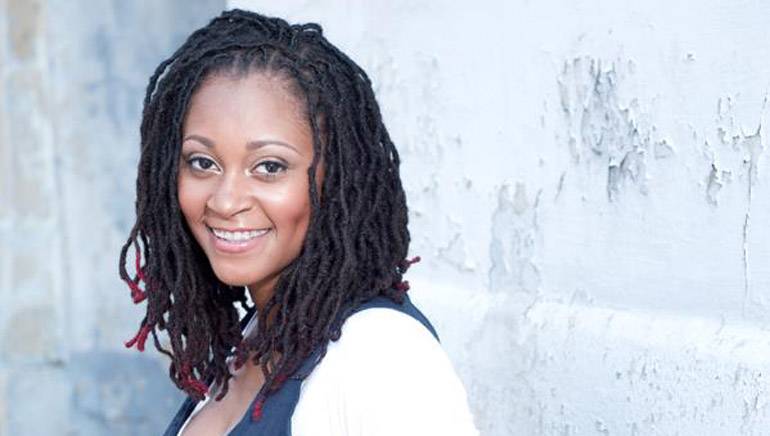 Brittany Coney (known by her nickname ConeyGurl) is on a mission to shine a light on female songwriters and producers everywhere. Growing up in the small town of Plant City, near Tampa, Florida, Coney moved to Atlanta at the age of 14. But as a kid she wasn’t into music so much as gymnastics, dance and basketball. Then one day in high school she met her passion.

“In between classes, I heard a fellow student, who was pursuing a rap career, state that he made his own beats on Fruity Loops [music production software],” recalls Coney. “That’s when it clicked for me. I went home and downloaded Fruity Loops, and ever since then I’ve been producing and developing my craft.”

While attending Georgia State University, Coney landed an internship at T.I.’s record label, Grand Hustle. This experience, she says, was eye-opening. “I really didn’t deserve to be there because I was there with people who had gotten their degree in engineering already and I was just learning ProTools at the time, but it was very influential. I learned so many things that are key to what I do now,” she says.

In three years, she worked her way up from intern to engineer and assistant studio manager. “Being at Grand Hustle taught me diligence and it taught me how to listen,” says Coney. “A lot of times I had to watch the front desk and I would hear people’s drums from upstairs or down the hall. It was the only thing I could hear but it taught me so much.”

Nowadays, Coney takes pride in her unique drum patterns and non-traditional melodies, as heard on two of her most recent projects, “Tipsey Love” by Bobby V featuring Future, and “Whoa” by CyHi The Prynce featuring Big Sean. And with both production and engineering skills, she is fully equipped to succeed behind the scenes, where she feels most comfortable. “What I love about what I do is that you get to show your creativity but you don’t have to necessarily be at the forefront. You’re the support system and that’s one of my greatest attributes - I’m a supporter by nature.”

In addition to her musical education at Grand Hustle, Coney has a degree in marketing, which is helping her build her personal brand in the music business. “I just heard of the 16-year-old Canadian girl [Ebony “Wondagurl” Oshunrinde] that did a track on Jay-Z’s Magna Carta Holy Grail. I thought that was absolutely awesome for her to be that young and understand that music is her true passion and she’s really working toward that. Usually when I meet people they’re like, ‘You’re the only female producer I know.’”

Coney counts Jay-Z, Beyoncé, Rihanna, Katy Perry, Kanye West, Drake, Kendrick Lamar and Miley Cyrus among her dream collaborations. “I am excited about the state of R&B,” she says, reflecting on the genre. “There are a lot of people that are running the industry as far as R&B and hip-hop go, but I think there’s room for people to come in and do their own thing.”

Soon, everyone will be asking for that ConeyGurl hit.