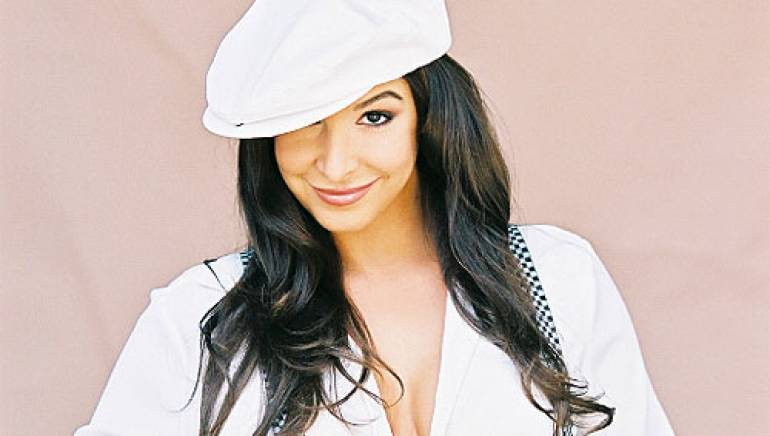 Talk about cheering up the troops: Last winter, entertainer Mayra Veronica made a whirlwind USO tour of Turkey, Afghanistan, Iraq, Djibouti (Africa,) Germany and Greenland to visit American fighting forces. She already had many fans, having been voted a favorite pin-up girl by U.S. soldiers who have seen her on the covers of such magazines as FHM, Maxim. Men’s Edge, Smooth, King, Smoke, Maxim En Español, Open Your Eyes, Cosmo Fl and Urban Male. EA video games has created a new video character based on her in their Def Jam 3 video game.

Veronica first made a musical debut with Vengo Con To, a CD produced by Roy Tavares and Kike Santander. Music comes naturally; her father, Artuto Aruca, had been a principal member of the Cuban rock band Los Dada. Born in Havana, Veronica moved to Miami and studied ballet for 12 years while successfully competing in local beauty pageants. After graduating from Florida International University with a major in psychology and a minor in business, she turned to acting and traveled to New York City to study at the famed Lee Strasberg Theatre and Film Institute.

Back home in Florida, she became a host for the Miami television entertainment magazine Miami Hoy, writing, producing and editing her own segments as she interviewed a roster of celebrities, ranging form Donald Trump to Marc Anthony. Mayra also starred in feature roles in PBS productions and independent films such as Tumbe, and appeared in nationwide Spanish-language ads for a wide array of companies, including Loreal, Ford, Colgate, Burger King, Coca Cola, and Allstate. She then landed the role on Univision’s Don Francisco Presenta.

Veronica has been working with stellar talents like Pitbull and Lil Jon to craft club-savvy tracks to match her celebrity image. And if her penchant for the sensational is any indication, it’s a project that will be sure to dazzle a worldwide legion of fans.